In a blog post today, Microsoft has announced that it is making some changes to the mobile apps for Outlook. Among the new features are some tweaks for conversation layouts, a new navigation interface, and better search functions. The latter changes will also bring some cool things to Outlook's search function like travel itinerary and package information, via Microsoft Graph. Unfortunately, this update will hit iOS devices long before Android users see it.

All the new changes to the Outlook mobile apps can be set in three categories: improvements to conversation layout and behavior, navigation tweaks to save you time, and a smarter and more useful search function. Most of that just boils down to a series of tweaks in UI, but the search changes are of genuine utility. If you've been using Google's services for mail, it might not be anything new, but having travel itineraries and package information set aside in Outlook will still be a nice feature. 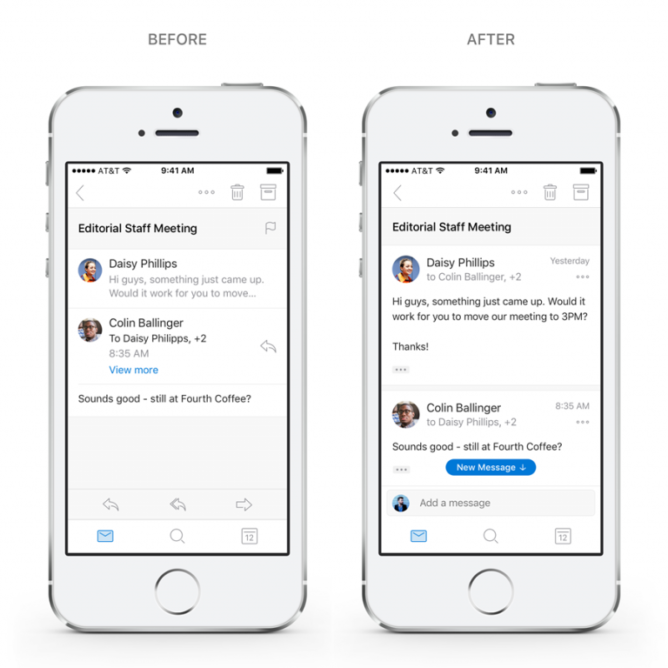 The changes to conversations aren't huge, but they should make things a bit easier to see at a glance, while also saving you time navigating. It will be able to show you more of each conversation when in an overview and separates messages, sort of like Google's card-based UI. When you open a conversation, it will automatically take you to the first unread message, so you don't have to scroll down to it. Reply-all is also streamlined to be a single tap away, and other conversation options now rest in an ellipsis menu. 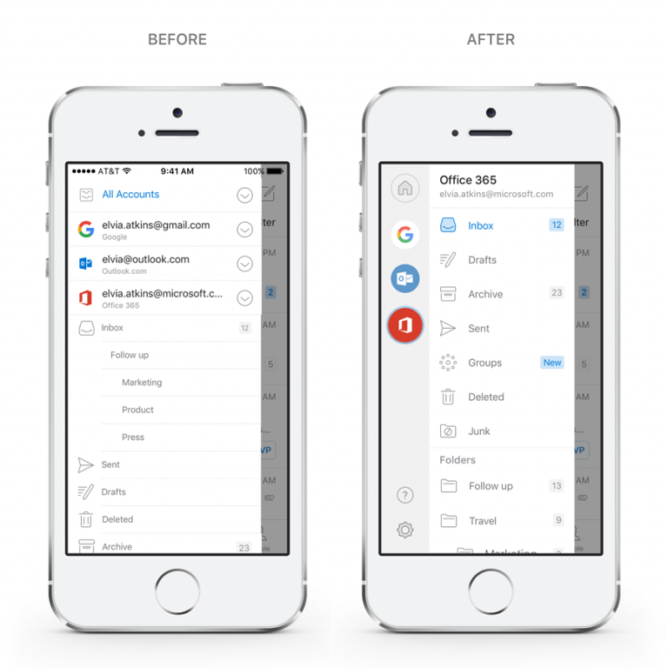 The navigation changes should be quite time-saving. Now it will be a tiny bit easier to switch between accounts and browse your folders. There's a new sort-of-tabbed layout with icons for each account in a gray section to the left, and folders on the right. The help and support buttons have also been given dedicated locations at the bottom left, making it easier to access them without scrolling. I consider placing the settings menu at the bottom of a ridiculously long list one of the cardinal sins of UX/UI layout, so that's a really nice thing to see. 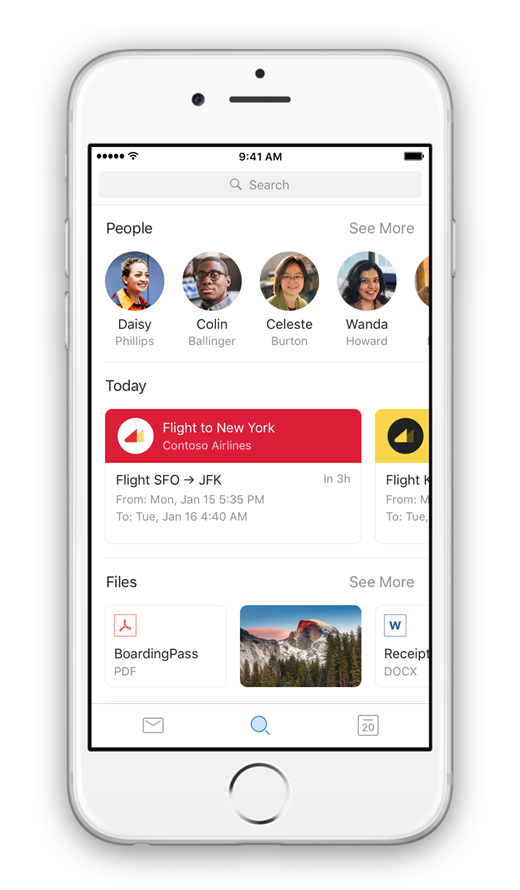 Search now rests in the tab bar, making it much easier to find, and always a tap away. Microsoft might be late on the "contextual information" corporate buzzword train, but the redesigned search function is built with that in mind. There's a new section in search for People and Files, presumably meaning contacts and attachments, each of which will include suggestions, and the search function itself will also make continuous recommendations as you type content. It's all built on the Microsoft Graph, and with it, you can track travel itineraries and package information, too.

The current version of Outlook for iOS has these new changes, but the Android app won't see the update for a while yet. Microsoft expects it to see the light of day in "the next couple of months," which is a bit disappointing. But, better late than never.

If you're a masochist, you can go stare at the changelog and version number at Google Play while you will each to change, but be prepared for quite a wait. The better plan might just be to install the app ahead of time and find yourself surprised when it finally hits. The new features might dribble out over time, or land all at once.

AT&T PREPAID is the new GoPhone, and you can get two free months of service after 12 months