Lenovo is having a rough time lately staying on top of its demanding user base, especially those that associate it with Motorola still and hold it to a higher standard than most brands. And it's not like the company is doing itself any favors with colossal snafus like that APPShot that we reported on a few months ago. (If you missed that post, I recommend you read it for the lulz.) Now the company is back with another new app on the Play Store, Theme Center. Fortunately, the description and screenshots aren't as criminally bad as APPShot, but unfortunately, the result is still the same with thousands of 1-star ratings and dissatisfied users.

Theme Center isn't a new release. It comes preloaded on Lenovo phones and we've had the installation files for a while on APK Mirror for those who wanted to check it out. Now it's officially released on the Play Store — a smart move that many other companies make to simplify and speed up the update process for their apps regardless of new software versions.

However, Theme Center is facing stringent criticism from users who are complaining about the fact that this update isn't really an update, it's just the same ol' app, a fact that is made worse thanks to the continued lack of content in Theme Center. Another issue is that the "new" app isn't compatible with some devices where the "old" app was functional, which is forcing users to uninstall all updates and go back to the preloaded version. How could someone offer an update for a preloaded app that makes it incompatible with your device? And then there's this in the app's description... because I can't help myself:

You can easily change the phone theme, wallpaper and the way of screen lock to let your phone interesting and personality.

One day, I'm sure, Lenovo will have enough money in its budget to hire an app description writer who can speak better English. Well, at least I hope. 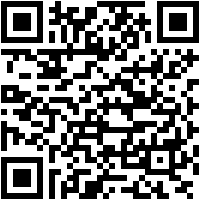