The New York Times website exists in 3 language flavors: English, Spanish, and Chinese, and now the latter is graduating to also become a standalone Android app. You may be wondering why a website that's blocked in China would release an app on an app store that's also not legally available in China, but you'd be forgetting that Chinese is the most spoken language in the world, with native speakers in Hong Kong, Taiwan, Singapore, and plenty of Southeast Asian countries, not to count all the Chinese immigrants around the world. Plus those inside Mainland China who use proxies to access restricted content.

I can't tell you much about the app, seeing as I don't read or speak Chinese, but it looks to be decently designed with a sliding side menu to hop between categories, an easily scrollable list of articles, and, well, that's about it really. There's a share function alongside an overflow menu with a couple of options. 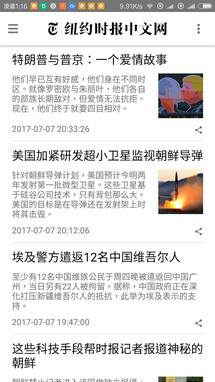 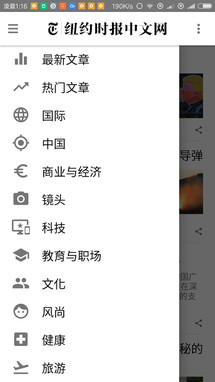 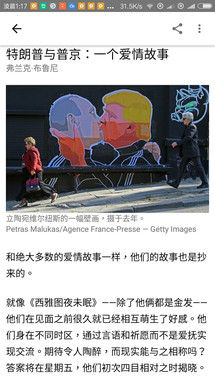 Basically, if you enjoy the NYT Chinese Edition website and often check it for your daily news, then you might want to download the app and try it out. It's free and so far has 3 positive 5-star ratings.