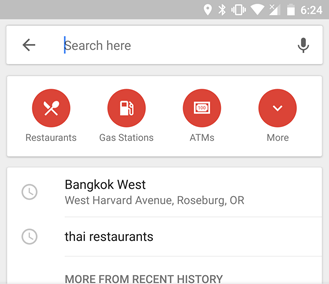 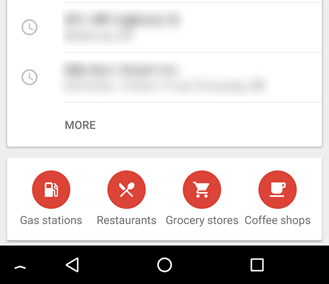 The shortcuts were probably most useful during Navigation, so even if they aren't as accessible now, they haven't been lost completely. However, if you're already missing them – I know I am – you can still find pretty similar functionality in the location tab of the bottom drawer (pictured below). Instead of a single shortcut to search for restaurants, a few initial suggestions are available, followed by slightly more granular categories, and then a few non-food categories. 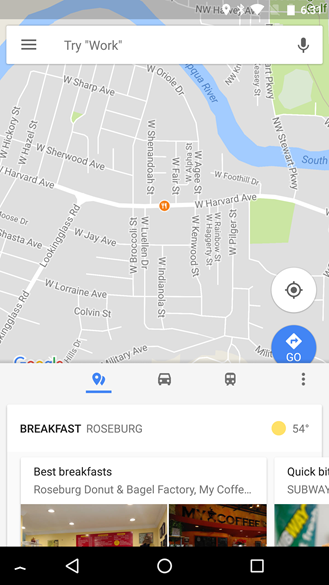 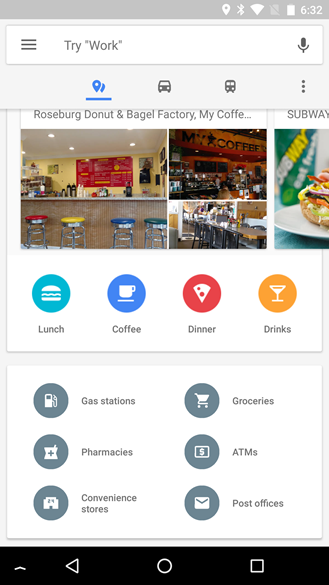 The change to the search shortcuts was noticed this morning during an examination of the latest Maps v9.57 update, which began rolling out late yesterday. It happened to sweep across many members of the Android Police staff over the span of about two hours, and seems to have hit all of us. This certainly looks like a wide rollout of the change, but it's possible this is a coincidence and the Maps team is still doing this as an A/B test. However, if you install the new version of Maps, it appears to instantly trigger the changes, which makes it look like this is probably not a test.

As for other changes in the v9.57 update, they appear to be pretty limited, save one very interesting change to the so-called "blue dot menu." If you tap on the blue dot that represents your location on the map, a pop-up menu used to appear with a set of options. In the latest release, the menu has been traded out for a full screen interface with your profile picture, a description of your location, and the same options from the menu in a more elaborate layout. 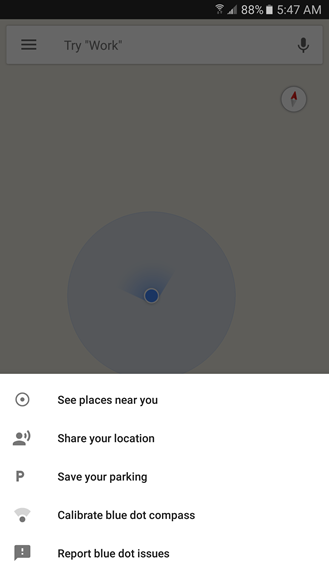 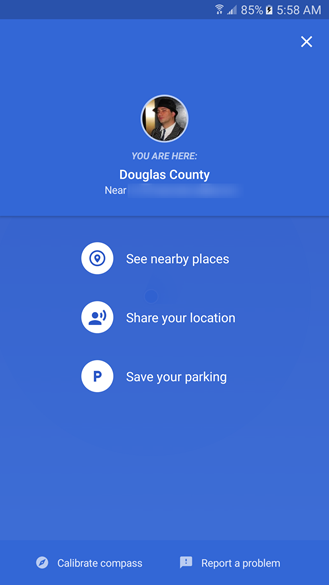 There's nothing functionally special about the new blue dot menu, unless a description of the location turns out to be helpful; but it does look much nicer and has larger touch targets, which might be fairly significant since we're more likely to use this screen while we're walking just after parking a car. Now that it looks nicer and has a good set of features, maybe it's ready to become more discoverable. I mean, how many people reading didn't even know it existed...

Paranoid Android release 2 is out, with new device support and new features