New unlocked phones pop up on Amazon Prime from time to time, and sometimes they're even important enough to warrant a post. Today is special, though. There's not one, not two, but four new unlocked phones available on Amazon with Prime-exclusive variants: the Nokia 6, Alcatel Idol 5S, A30 Plus, and A50 (left to right above). They're all priced competitively, and you can save some cash if you don't mind ads. 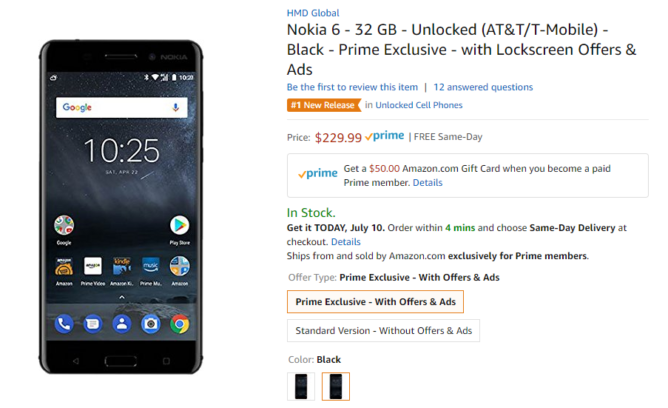 All four phones are available today on Amazon's US site. The Nokia 6 is also, apparently, the top new release in unlocked cell phones. Find them all below.