The Moto G5 Plus is already a good budget phone - so good, in fact, that we declared it "the king of budget phones" in our review. However, Lenovorola isn't stopping there; famed leaker Evan Blass of VentureBeat has looked at marketing materials for the G5S Plus, which state that the upcoming smartphone will be larger, better-built, and have superior cameras when compared to the current G5 Plus.

The G5 Plus already made strides over the G4 Plus's all-plastic build by including a metal back, even though the edges were still plastic. However, the G5S Plus will feature a design composed fully of anodized aluminum, which will definitely help make the phone feel more premium. It's actually pretty incredible when you think about it; just three years ago, flagships still had all-plastic builds, and now, even sub-$300 phones are all-aluminum.

Although the G5S Plus's screen will stay at its current 1080p resolution, it'll increase in size from the G5 Plus's 5.2" to a more phablet-like 5.5". Other unchanged specs include the 2.0GHz octa-core Snapdragon 625, maximum of 4GB RAM, and max of 64GB of internal storage. 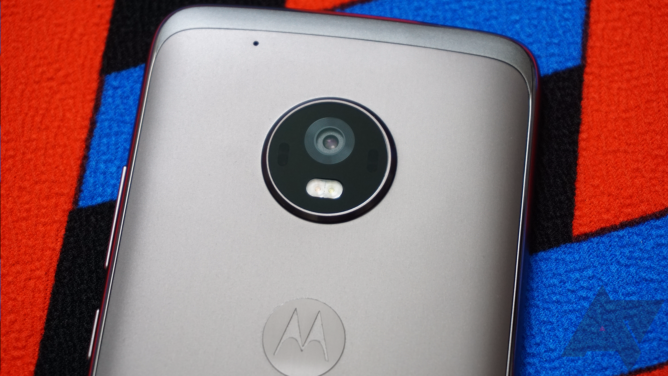 Cameras on both the front and back will be getting big bumps up from the G5 Plus's 12MP rear / 5MP front setup. The G5S Plus will sport dual 13MP sensors on the back, with one being black-and-white. This will allow for features such as bokeh, background replacement, and the ability to make certain elements of pictures black-and-white. The front-facing shooter will get a boost to 8MP.

Other upcoming Moto phones with dual cameras include the Z2 Force and X4, the former of which may be announced alongside the G5S and G5S Plus at an event on July 25th. We'll likely get more information as that date approaches.