If you're an avid user of the Google News & Weather app for Android, you may have felt a little sting when the Google News website got an interface overhaul last month. There's no need to feel left out, though, because a brand new update to the app brings the same visual treatments to smartphones. Most of the changes are essentially cosmetic, as everything that can be done in the new version was available somewhere in the previous update, but many things have been relocated and tuned to be a little nicer to access. 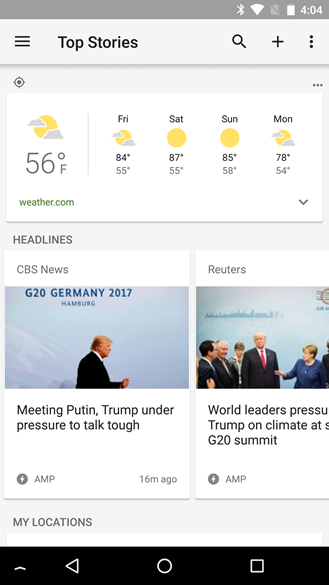 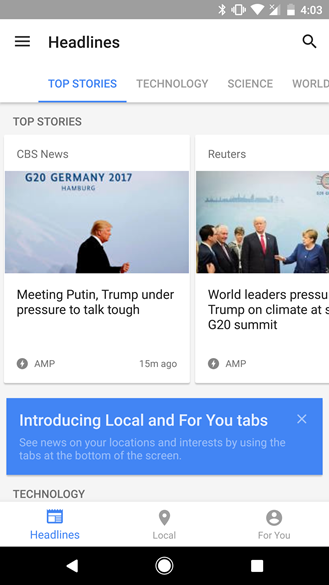 The first and most visible changes are right on the landing page. The bottom of the screen is now occupied by a 3-tab nav bar for jumping between national headlines, local news, and a section for news targeted at your personal interests. Near the top is a horizontally scrollable list of sections for different types of news. All of these things used to be found in the side-bound navigation drawer, so they are more accessible now. 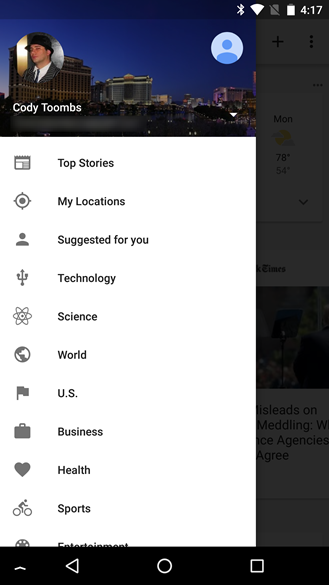 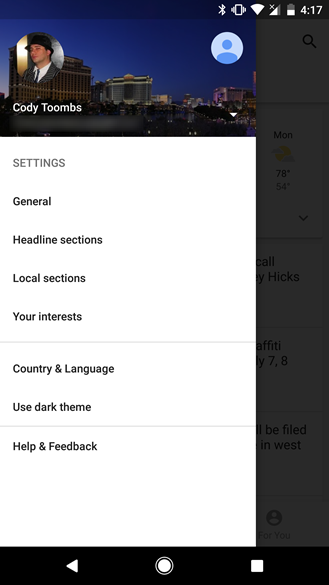 The drawer itself is effectively the top level of the app settings, containing different groups for making changes to things like your topics of interest and which sections appear with your headlines. The dark theme toggle has also been relocated here. It used to be housed in an overflow menu at the top of the news feed.

The weather widget that used to be at the top of your headlines has also been moved to the top of the new Local tab. Along with the "For You" tab, these two are mostly identical to the former nav drawer links titled "My Locations" and "Suggested for you." 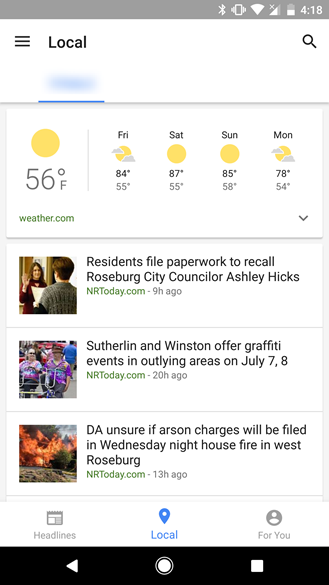 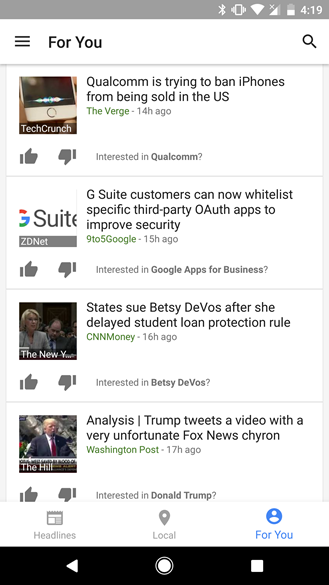 This update doesn't bring complete feature parity with the website. Things like the Fact Check section are still not present and some elements of the recently introduced Story Cards are also missing, but the app and website certainly look and feel like they belong together again.