The system looks a bit rough right now, and the examples shown in the video and Google's site are a bit low-poly. But it certainly seems easy to use. You get a palette loaded out with tools that allow you to place shapes in 3D space, manipulate them, and apply colors. Since it's all in VR, you can view your objects from any angle, which is sure to give artists a better sense of space.

And Blocks isn't just a tool for making 3D models, it's also a repository for sharing the things you've created with others. You can upload your own creations for people to download, and browse what others have made. The site even shows the objects in 3D so you can check them out before you download them. 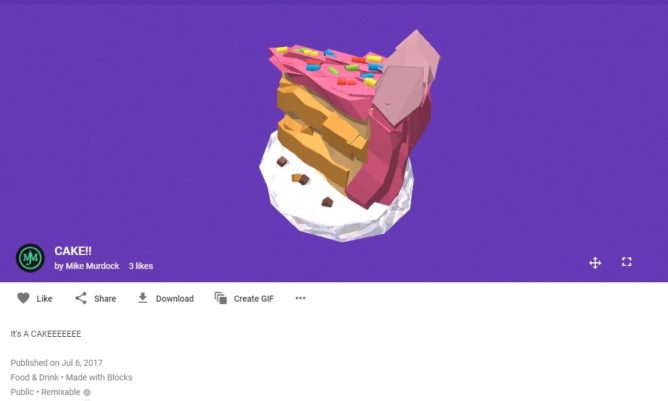 Making and manipulating 3D models on a 2d screen isn't always the easiest proposition. Getting good at the process can take a long time, so it's really cool to see Google lowering the barriers to entry for 3D design work. It might not be as polished as other systems, but it's a start. And as VR continues to proliferate, it's sure to make a difference. Perhaps someday Google will even bring Blocks to Daydream.

You can learn more about Blocks at Google's site, and if you have an Oculus Rift or HTC Vive, you can download it now for free over at the Oculus Store and Steam.

Google Home is coming to France, and it (predictably) speaks French now