The BBC is pretty good when it comes to 360-degree content. The British media network even has a dedicated '360 Videos' YouTube playlist with a nice selection, ranging from tours of Italian cities to immersive wildlife experiences. It's now taking this to the logical next step, courtesy of its experimental BBC Taster studio, which has released a new VR app.

Available for both Android and iOS devices, the new app can be used in conjunction with your preferred VR viewer. Once you've downloaded the app from the Play Store, it currently gives you the choice of two different content items (which you'll also need to download). First up, we have content specially created by the makers of Planet Earth II, the second series of the groundbreaking wildlife documentary series narrated by the legendary David Attenborough. If you're not familiar with it, I highly recommend you check it out as I really can't think of a better TV show to convert into a VR experience. You get a choice of 6 different environments to explore – islands, mountains, jungles, deserts, grasslands, and cities. From my brief time demoing it using my Cardboard viewer, I can tell you that it's very well made, just as you'd expect from the Planet Earth team. The mountain option has you hunting down a snow leopard, which is pretty cool.

The second content option is 'One Deadly Weekend In America', a BBC3 documentary that follows the narrative of a dangerous path through an American street scene that concludes "with a dramatic encounter with a gunman." I didn't get a chance to try that one but it sounds like it could be worth a try.

Our VR app is here! Great content from @bbcthree and @BBCEarth and there's plenty more to come. Find it on Taster https://t.co/FG8vD90Jdx pic.twitter.com/NPdeQb9j10

As well as 360-degree video the app also offers binaural audio and interactive elements, so it should hopefully be a pretty engaging experience all round. As the app and its content are experimental in nature, you're encouraged to head to the BBC Taster site to give feedback on the experience so that future enhancements can be made to any final products that come out of the project. There are lots of other interesting experiments on the site to take a look at, too, if you're looking to while away some time. 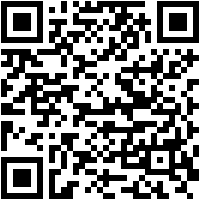