Verizon isn't known for having the best prices so much as it is for great coverage, but that doesn't mean it can't offer up some good deals once in a while. Big Red currently has the Pixel and Pixel XL for just $15 and 20 per month, respectively, and it's throwing a free Google Home in. There are also some other nice deals available, such as the Moto Z Play Droid for $5/month and the LG Stylo 2 V for free. 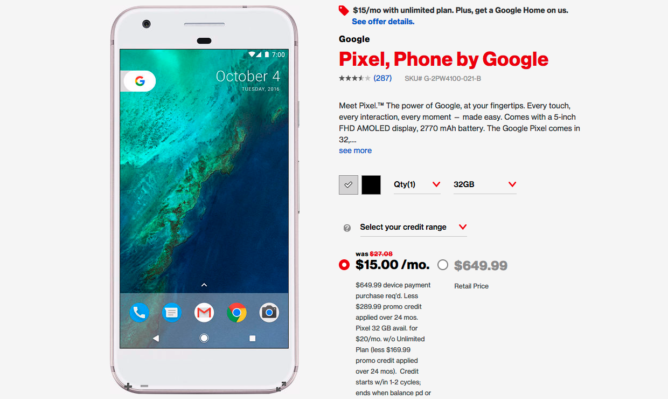 Now, it's worth noting up front that the Pixel deal isn't new, but it's still going on. Basically, if you're an existing Verizon customer, you can get a 32GB Pixel for $15/month ($360 total) or a 32GB Pixel XL for $20/month ($480 total) over 24 months if you have an unlimited plan or upgrade to one, as well as a free Google Home with a mail-in rebate. You can upgrade to 128GB on both devices for an extra $5 per month. Or if you don't want an unlimited plan, you can still get each for another $5 per month.

There are a few caveats, though; the discount will be distributed over each of the 24 months even if you pay in full up front, the Google Home must be purchased at the same retailer before July 5th, and the $129.99 Home cost will be returned to you in the form of a Visa prepaid card within 3-6 weeks. You can sign up for the rebate within 30 days of purchase here. 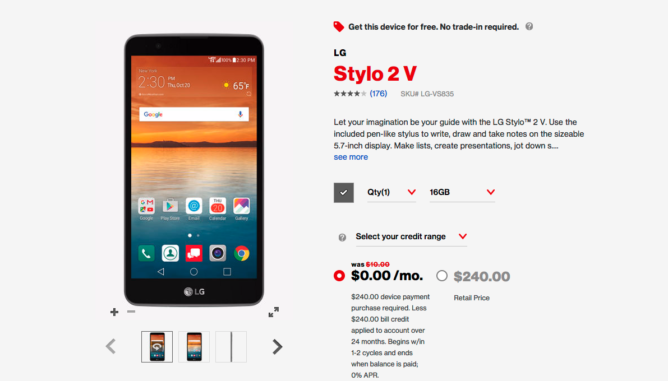 If that deal isn't quite your style, Verizon has a few more budget-friendly options for new subscribers. The Motorola Moto Z Play Droid, which is currently being hailed as the battery champion of smartphones, can be had for only $5/month ($120 total), and the LG Stylo 2 V, a stylus-equipped mid-range phablet, can be had for free. However, Verizon being Verizon, there is a $30 activation fee for both.

Check the source links down below to see all of the applicable pages.

Reminder: You can find your Android Wear watch from your phone with Google's Find My Device