The announcement for the Moto E4 earlier this month had us pretty psyched. There's a lot to love about the phone, as the specifications for Motorola's latest E series devices are great for the price. And, now the wait to get your own is over. As of today, you can pick up the Moto E4 at carriers like Republic Wireless and Ting, and you can even buy it unlocked directly from Amazon for use with other carriers. There is no word yet on the power capacious Moto E4 Plus, so if you were holding out for that, the wait continues. 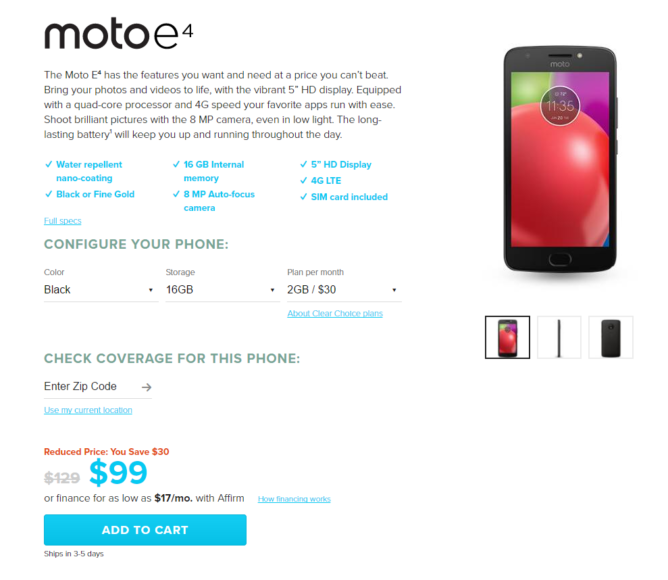 Republic Wireless has the phone on promotion for $99, though you should note that Ting is asking for the full $129 price. If you are willing to live with advertisements, you can get the Amazon ad-subsidized version for $99, as it's unlocked and ready to go for AT&T, Sprint, T-Mobile, or Verizon. But the better deal might be the Republic Wireless version, which is also unlocked and without ads. 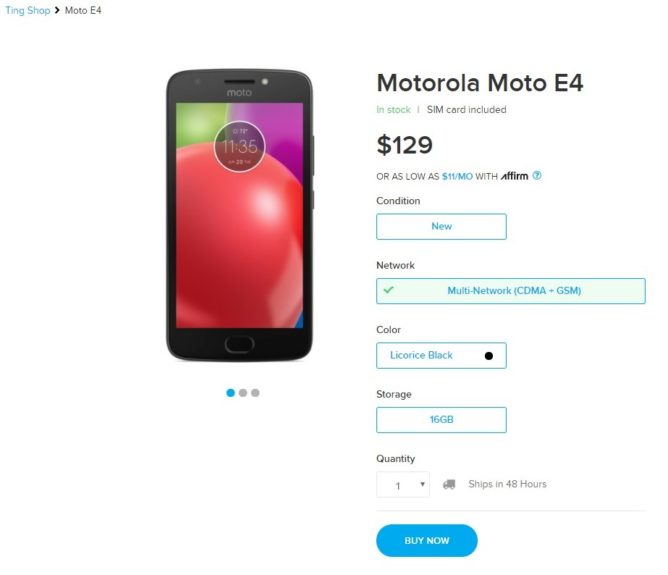 If you didn't see it when it came out, the Moto E4 is actually a pretty decent looking phone for the budget space. For $99-129 you get a Snapdragon 425 (US only, MediaTek MT6737 elsewhere), 2GB RAM, 16GB of microSD expandable storage, a 5-inch 720p IPS display, a water-repellent coating, 2,800mAh removable battery, a fingerprint sensor, and Android 7.1 Nougat. It's no flagship, but that's a fantastic set of specifications for the price. 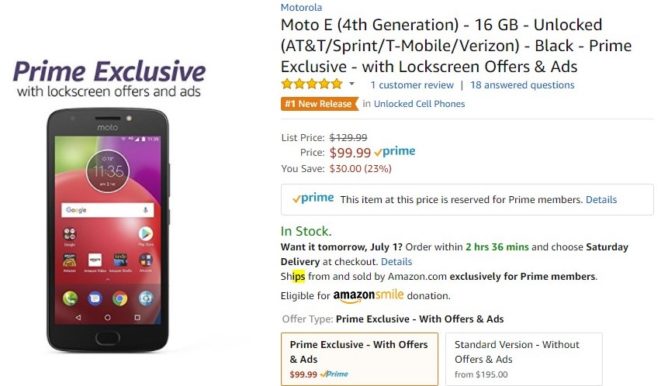 It's no secret, I have a soft-spot in my heart for budget and mid-range devices. But the Moto E4 looks so good on paper, it might not really qualify as one. That is, outside of the incredibly palatable cost. So if you are in a pinch or on a budget, the Moto E4 might belong somewhere near the top of your shopping list. And you can grab one now at the source links below.