Way back in 2012, Artem shared one awesome tip here on Android Police: how to limit your searches on the Play Store to just publisher names or words in the title of an app or game. (Yes, I know, back then Artem used to actually write articles here instead of hiding on Google+ and managing us writers like the puppet master that he's become.) However, that trick stopped working in February 2014, as reported by Artem himself in the comment section. And now, 3+ years later, it works again.

This may not be something that many people need/know/use, but for those of us who spend a lot of time looking for content on the Play Store (heck, it's a Chrome Search Engine for me!), search operators are an absolute must. Especially when the default search itself really, really, really, really, utterly and absolutely sucks on the Play Store. For a search company, this has to be one of the most ridiculous contradictions ever. But operators make things a little easier because they can limit the search in specific aspects, so it should be a happy day for any poweruser when they are working again.

The operators in question are: 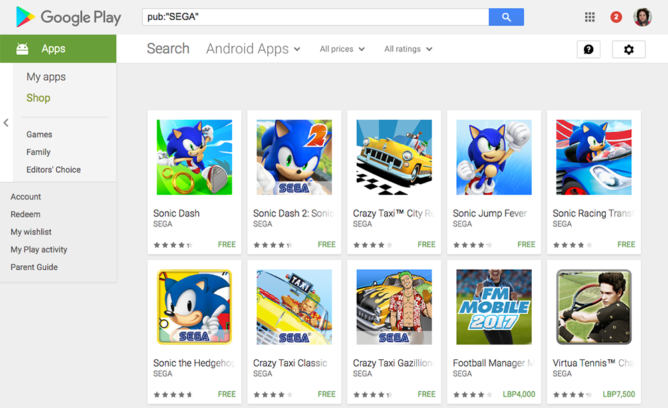 A couple of example searches would be:

There's one quirk as you may have noticed from the lack of any example above: mixing pub with any other word or operator doesn't seem to work now like it does for intitle, so you can't look for a specific word in a publisher's catalogue.

I can think of a few examples where I'll be using these operators from now on, especially intitle when the Play Store's default search results give me dozens of apps without the word I looked for in the title before showing the apps that actually do have that word in the title. pub will also be nice when I want to see the entire catalogue of a publisher instead of scrolling through a carousel of a few apps at a time.

Do you know of any other search operators or tricks that work in the Play Store? If so, I implore you to share them with us below. I for one would be eternally grateful.