There are few game fans as passionate as Final Fantasy fans. They devour new content, and are happy to drop $15-20 on re-releases of the classic games on mobile. So, the new Final Fantasy XV: A New Empire game on Android drew some attention when it was announced. It's finally available to all, but the early response is quite negative. It seems this title is little more than a generic city builder with on-the-rails combat dressed up like a Final Fantasy title.

The reviews are skewing negative, especially compared to other free-to-play games. Those tend to attract a lot of 5-star reviews thanks to a combination of popups begging for 5-star reviews and the fact that they're free to download. The developers always ask for reviews early on, before the grinding starts. The response to Final Fantasy XV: A New Empire calls the game out for being a clone of Game of War or Mobile Strike. Fitting, seeing as the developers behind those games also made Final Fantasy XV: A New Empire. 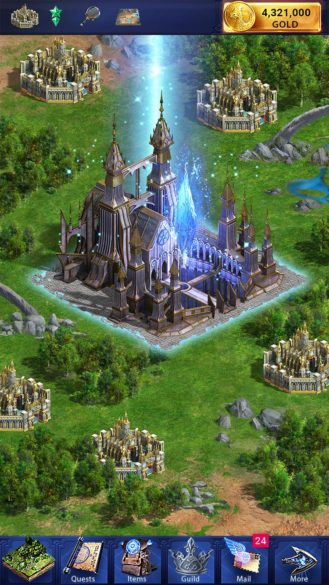 I've played it a bit and can confirm this is in prime pay-to-win territory. You build a city, raid other players, and wait for upgrades to complete (or pay to finish them faster). The in-app purchases appear to get up to $200, which is mighty presumptuous of the developers. As with all games in this genre, there are some players who drop hundreds of dollars, and as such are essentially invincible. I mean, if you're into free-to-play games of this sort, you'll probably like Final Fantasy XV: A New Empire. It's Game of War with a Final Fantasy skin. For everyone else, this looks like a hard pass.

Fandango adds Android Pay support, all purchases are $3 off this month when you use it