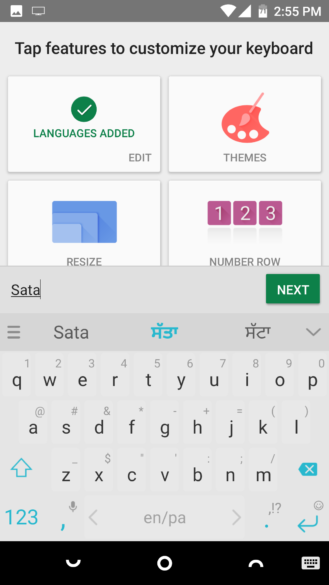 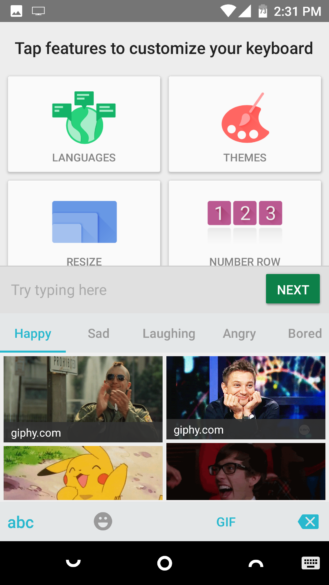 Not all of the features from the beta release have been brought over to stable. Hashtag predictions are notably absent — I was never able to trigger these in the beta so it could be they're still working on it. All the same transliteration languages have been brought over, though. If you speak but can't type Bangla, Kannada, Malayalam, Marathi, Odia, Punjabi, Tamil, Tamlish, or Tegulu, now you'll be able to phonetically type what you mean to say, and the keyboard will convert that to native text.

The full changelog is here:

- We've added support for Tamlish and Tamil Transliteration
- Transliteration is now supported in: Bangla, Kannada, Malayalam, Marathi, Odia, Punjabi & Telugu
- We now support GIFs – categories only (for now). They can be accessed from the emoji panel
- New keyboard shortcuts for Bluetooth and hard keyboards
Fixed
- No more crashing when deleting punctuation in the Japanese layout
- No more crashing when deleting "!"

Whether you're an old die-hard fan of SwiftKey, or a new user that might be interested in giving it a try, you can download the latest version over at Google Play or APK Mirror and check out all the new features for yourself.

[Deal Alert] Amazon has pre-Prime Day deals on Kindle Unlimited (up to 40% off) and Music ...

Fandango adds Android Pay support, all purchases are $3 off this month when you use it