Most Android enthusiasts have probably heard of XDA Developers. And if you're reading this post, then you're likely interested in what their Forums and Portal offer in terms of new customizations, development advances, and more. But if you don't want to use the full XDA app with the entire forum experience, and you'd prefer to just have the important news from the different device sub-forums reach you instead of having to dig for new threads here and there, then this new XDA Feed beta app might be the thing for you.

It gives a customized feed for certain devices (or a general feed for all other phones) of the latest news coming from XDA. That includes new ROMs and kernels, but also apps, wallpapers, themes, icon packs, and more with quick links to download them or view the corresponding thread on the forums. You can also set notifications for different types of content, star things to check them out later, and you get an easy way to view related content to what you're checking. The app was first released on the XDA Forums in April and has just now landed on the Play Store. It's still in beta though, so expect bugs and hopefully a lot of new features before it reaches its first stable release. Regardless of that beta label, it's free and seems to be fast, well designed, and well received by reviewers, so there's no harm in checking it out. 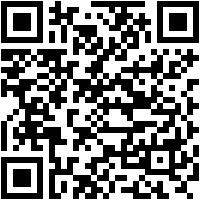