Oxenfree, a very highly regarded game for both PC and consoles, has just been released for Android. It's a 2d point-and-click adventure game, with a late 80's spin. And, it's excellent. If you don't trust me on that, trust the somewhat crazy 93% the game has on Steam right now.

This won't be a full review (it's a long game), but I spent a good while tapping around on the Android version. You play Alex, who can cover the range from snark-queen to bubbly pushover depending on how you answer questions posed to you throughout the game. The game is set on a haunted island, which you and some fellow 'utes have snuck out to for late-night drunken escapades. But, things quickly take a turn for the supernatural as you tap your way around the island. It's a surprisingly deep game, too. There are a ton of individual interactive elements that expand on the setting, providing a real sense of location, almost all of which expose huge branching dialogue choices. And you have to pay attention, you can't wait too long to make a decision, or you might lose the opportunity to explore that subject.

The voice acting is mostly good, with only a tiny bit of awkwardness in the timing of things like responses. Some moments might border on a "how do you, fellow kids" sentiment, but it's still pretty well executed. I really liked most of the dialogue. The banter between the characters can get pretty witty, and really adds to each of their individual personalities. Some of them might be a bit tropey, but they're still believably entertaining, annoying, or abrasive, as required. 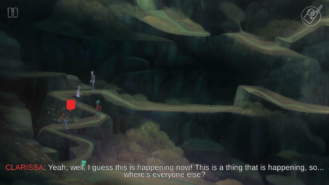 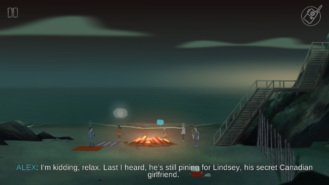 When it comes to the game's visuals, narrative, and music, fans of things like Stranger Things will probably enjoy Oxenfree quite a bit. And it isn't just a supernatural thriller, some of the content is pretty emotional, too. There's a lot of flexibility in how you choose to play the game, and it even gives you multiple endings, based on the decisions you make.

I don't want to give too much away, but the quality of narrative was quite good, in my experience. The atmosphere was also pretty fantastic, though I would say that you should try to avoid external distractions while playing. Although it is a mobile game, you'd be better off playing with headphones in a quiet place free of distractions.

I will say, the visual quality of the game isn't quite as good on Android as it is on PC or console. At least the differences won't be too noticeable if you play on a phone, given the smaller display. The controls also work well, and might actually be better suited to a touchscreen than a mouse or controller. As someone who almost always avoids playing games on a phone unless they are a mobile exclusive, I think I could handle it if I were to only play Oxenfree on Android. Keep in mind, though, that it doesn't support any cloud save systems, though it does connect to Google Play Games. Even as an AP writer I don't switch devices enough for it to make a difference for me in a replay-oriented game, but YMMV.

Though the game is $5, that's $15 off what it normally is on Steam, and I think it's definitely worth it. Right now you can pick it up over at Google Play, and I'd encourage anyone that might be into adventure games, an 80's aesthetic, or generally good narrative to take a look. Frankly, if I could, I'd give this game some kind of award. 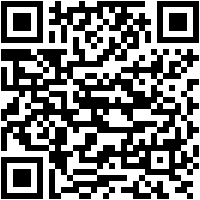 The 5 best things about the OnePlus 5