Qualcomm announced at MWC Shanghai today that it's releasing a new wearable chipset, Snapdragon Wear 1200. The chip is actually a pretty major advancement over the previous generation Wear 1100, in that the overall package size is a whopping 45% smaller while adding support for LTE Cat M1 connectivity, a technology designed to allow ultra-low-power electronics to connect to an LTE network with minimal power consumption. LTE Cat NB1, also supported by Wear 1200, offers similar benefits.

This chip isn't something that will ever make it into an Android Wear device, but you could see it in internet-connected accessories and basic fitness or tracker wearables. 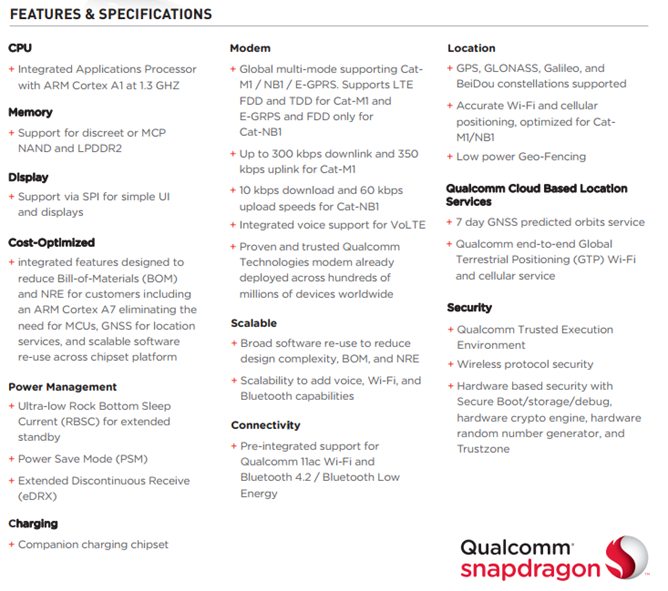 Chips like the 1200 are actually pretty important in driving the IoT (I know, that acronym) space, as without the ability to connect to an LTE network in an extremely low-power way, wearables can end up a lot more bulky or battery-limited than consumers may be willing to put up with. These newer Cat M1 and NB1 LTE standards, along with the 1200's greatly-reduced size, will allow manufacturers to scale down the size of their products even more - a hugely important concern in wearables. The Wear 1200 is available and shipping today.

It's happening: Qualcomm is building fingerprint scanners that go inside your phone's screen, ...

Qualcomm announces the Snapdragon 450, a major update to the 400-series platform