Probably the most eye-grabbing aspect of these renders is the dual camera module out back, which also contains the fingerprint sensor - an interesting design choice. The phone will measure in at 162.4 tall x 74.5 wide x 8.4mm thick, but that thickness will rise to 9.5mm if you factor in the camera bump. For reference, the Note7's measurements were 153.5 x 73.9 x 7.9mm and the Galaxy S8 plus's are 159.5 x 73.4 x 8.1mm, so the Note8 will be bigger all around than both phones. Of course, the now-trademark glass back returns. 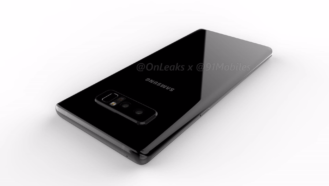 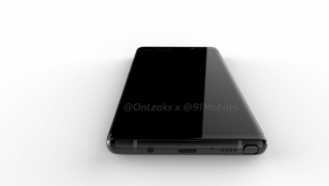 Out front, it's business as usual for the most part, aside from the somewhat large top bezel. The earpiece, sensors, iris scanner, and front-facing camera are all there. The bottom bezel is tiny, a la Galaxy S8. There's nothing really noteworthy (get it? because Note) on the bottom either; there's fortunately still a 3.5mm headphone jack, and the S Pen is flush with the body like it has been since the Note5. 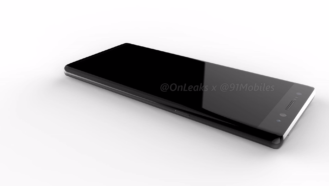 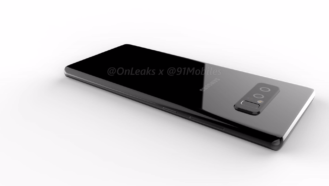 In terms of specs, the Note8 will reportedly have a 6.3" AMOLED panel in an 18.5:9 aspect ratio with a resolution of "at least 2K." The edges will be rounded, but likely not as drastically as they are on the S8. The same chipsets that power the S8, the Exynos 8895 or Snapdragon 835, will likely be inside the Note 8, but this time with 6GB of RAM. The dual cameras are reportedly both 12MP sensors with independent OIS, and the battery would measure in at a sizable 3300mAh with the usual Samsung trimmings (fast charging, fast wireless charging).

91mobiles also notes split-screen multitasking (obviously), the ability to pin notes to the Always-On Display (like on the Note7), and DeX support (like on the S8). The black color shown in renders will be joined by blue and gold models as well.

While these renders are cool to see, it's worth noting that nothing is final, and even highly reputable leakers can make mistakes. Unless there's a huge leak before launch (which is likely), we'll have to wait until the announcement event to see what comes of the Note8. 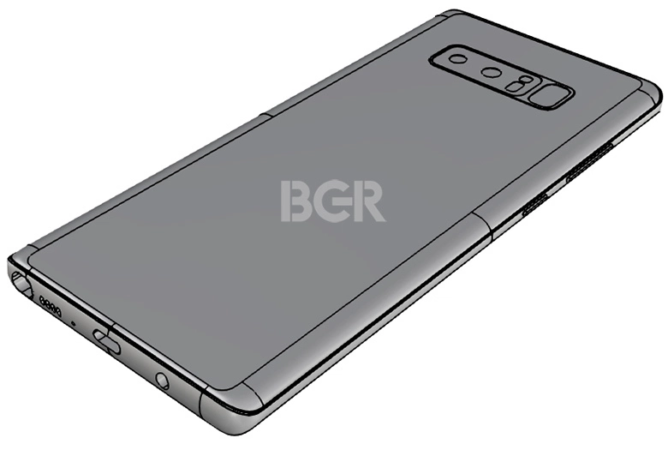 Clickbaity as their hero image may be, BGR has obtained a CAD drawing of the Note8 that was based on factory schematics. It matches up almost perfectly with this render, but it's a bit unclear on the drawing if the fingerprint sensor is located on the raised piece of glass like it is on OnLeaks' CAD renders. Aside from that small detail, it looks like the Note8 design is pretty much set in stone.