With Amazon enabling voice calling and messaging on its Echo line-up, the rumor of the Echo also gaining intercom ability that had circulated back in March was bound to come true sooner than later. And it's now here so all of you multi-Echo households can start, erm, echoing each other from room to room.

In the latest Amazon Alexa app (v2.0.1216.2), you can enable the option by turning on Drop In from your household in your Echo's settings and making sure your device has a friendly name so that people in other rooms can easily specify which Echo they want to contact you on. It should also allow you to talk with someone back home while you're on the go through the Alexa app... well, if you're on iOS because Alexa voice commands aren't yet possible in the Android app. Essentially, it works the same as the Drop-In feature on the new Echo Show, but it's now available on other Echo models as well. 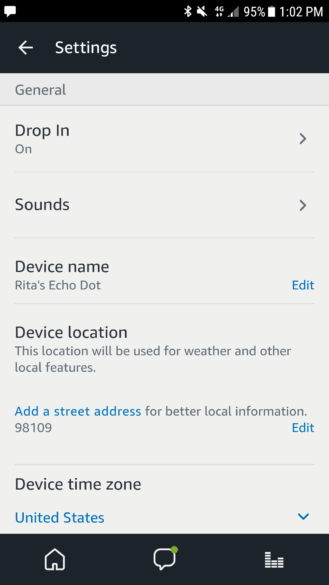 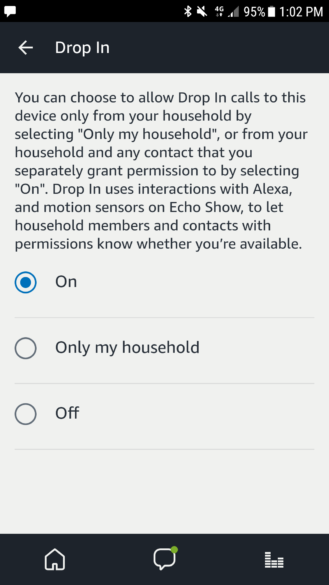 The option is rolling out over the next few days so be patient if you don't see it yet. Unfortunately, I only have one Echo Dot so I can't test it out, but it should technically work by saying "Alexa, call the living room," or, "Alexa, drop-in on the kitchen."

It looks like the Alexa app version that does enable video calling and drop-in calling from your phone is now live. It's v2.1.23.2 and this is the official changelog:

[Deal Alert] Fitbit Alta down to $69.99, its lowest price yet on Amazon

Google has been fixing a "high priority" invalid pin and pattern bug on the Pixel C for a year ...