Amazon will begin taking pre-orders today for five new Prime Exclusive phones from the likes of Nokia, Motorola, and Alcatel. As usual, Amazon's Prime Exclusive Offers on the lockscreen bring down the cost of the handsets considerably, making them a tempting buy if you're already a Prime subscriber. Let's break down the offerings. 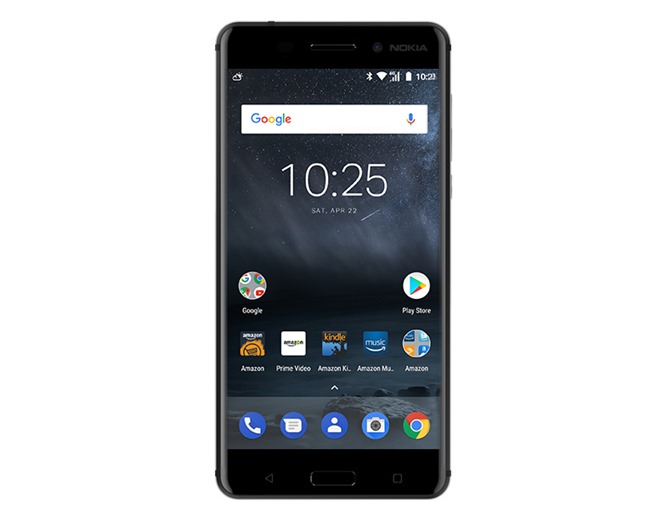 First, we've got the Nokia 6. Nokia actually announced US availability for the 6 yesterday, and it will be available Prime-less on Amazon for a very reasonable $229. That nets you a Snapdragon 430 processor (eh), 3GB of RAM (not bad), 32GB of storage (very nice), a 3000mAh battery (solid), and a 5.5" 1080p screen. It's also a good-looking phone - definitely hardware that says "premium" in a way most phones in this segment don't. Amazon is knocking a full $50 off Nokia's suggested retail price, charging $179 for the Prime Exclusive version, making this Amazon-ified 6 an extremely good value proposition. 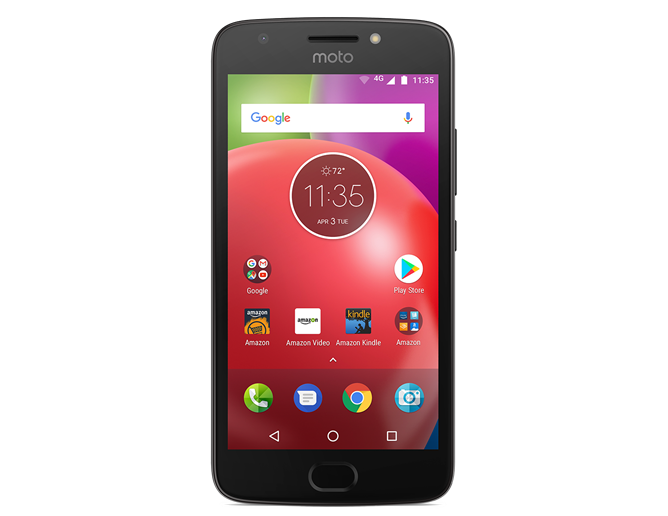 Next up is the Moto E4. While the very best Moto E deal is the Verizon Prepaid variant (just $69), that does mean you're stuck on Verizon. This Prime Exclusive version is carrier unlocked and supports all four major US providers. For $99, that's almost unheard of. You get a 5" 720p display, Android 7.1, 2GB of RAM, 16GB of storage, and a 2800mAh battery - certainly more than respectable for a hundred bucks.

Finally, Alcatel is bringing three phones to the Prime Exclusive party, though I think the only real interesting option here is the top-tier Idol 5S. For $199 ($279 normally), you'll get a 5.2" 1080p display, Android 7.1, dual front-facing speakers, 3GB of RAM, 32GB of storage, and a fingerprint sensor. There's also a microSD slot, and Alcatel claims the Idol 5S will be getting a software update this summer to make it four-carrier compatible. Out of the box, though, it'll only work with AT&T and T-Mobile, and I know Alcatel has a pretty poor track record with software support, so I'm not personally holding my breath on that promise. It'd be cool if they came through on it, though. 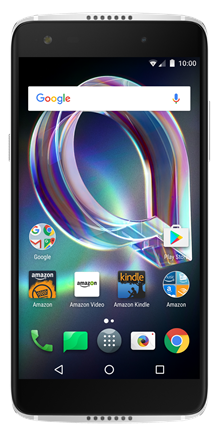 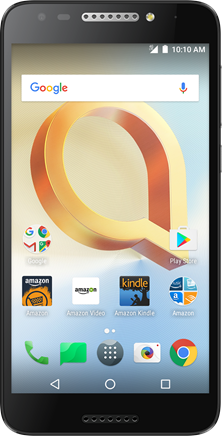 The other two phones from Alcatel are the A50 and the A30 PLUS. Both hail from the company's budget portfolio and will cost $99 and $79, respectively. That's a savings of $50 on both compared to their normal retail pricing. You can read about them in the press release below, but they're honestly not very interesting.

All of the phones above can be pre-ordered today. The Moto E4 ships first, starting on June 30th, while the rest of the phones from Nokia and Alcatel won't leave Amazon's warehouses until July 10th. If you're interested in pre-ordering any of them, you can find all the new Prime Exclusive phones right here.

Since launching last summer, Prime Exclusive Phones have been consistently featured in the top 5 best-selling unlocked phones list on Amazon and are among the top rated unlocked smartphones available onAmazon.com. Additionally, the Prime exclusive Moto G5+ has been featured in the top 3 new releases for unlocked Android phones since it launched in March.

“One year ago, we introduced Prime Exclusive Phones as a way to bring the freedom of unlocked Android devices to our Prime members—at incredible prices,” said Charlotte Maines, General Manager, Prime Exclusive Phones. “What began with two phones, the BLU R1 HD and Moto G4, has now grown to 10 smartphones in our Prime Exclusive lineup—many of which are among the best-selling and top-rated unlocked phones available on Amazon. We’re delighted by the reaction we’ve seen from Prime members and are excited to add even more options for our customers with these brand new phones from Alcatel and Motorola, and our newest addition to the program—Nokia phones.”

The Nokia 6, the newest unlocked Android device in the U.S. from HMD Global, features a polished aluminum design with diamond cut edges available in Matte Black or Copper and a beautiful 5.5” Full HD IPS laminated display. It offers a 16MP phase detection autofocus rear-facing camera and 8MP autofocus front-facing camera, Android 7.1 Nougat, a fingerprint sensor, powerful Qualcomm Snapdragon processor, and dual Dolby Atmos speakers. Nokia 6 comes with 3 GB of RAM and 32 GB of internal storage with support for up to 128 GB more via microSD card, and is available for only $179.99 for Prime members (regularly $229.99) compatible with AT&T and T-Mobile. Learn more about the Nokia 6 here.

“Pairing the superior craftsmanship and distinctive design of the Nokia 6 with the ease and reliability of Amazon, makes this the perfect match,” said Maurizio Angelone, Vice President, Americas, HMD Global. “We are thrilled to bring the quality and detail of a high-end phone experience to a new generation of Nokia fans, while offering existing fans the same unparalleled quality they have come to love.”

The Alcatel IDOL 5S features a sleek metal and 2.5D curved glass design, with a 5.2” Full HD display and a 12MP rear-facing camera with dual-tone flash and 8MP front-facing camera. It comes with Android 7.1 Nougat, 4G LTE, a fingerprint sensor, 3.6-watt front-facing speakers, plus a VR Launcher. The IDOL 5S features 3 GB of RAM and 32 GB of internal storage with up to 256 GB more via MicroSD card—all for only $199.99 for Prime members (regularly $279.99, an $80 discount). The Alcatel IDOL 5S is compatible with AT&T and T-Mobile networks; Sprint and Verizon network compatibility will be available later this summer via a software update.

The Alcatel A50 has a sleek metallic frame and offers complete customization. It features a sharp 5.2” HD display and a 13MP rear-facing camera with dual-tone flash for better balance and color rendering, a large f/2.0 aperture, plus a 5MP front-facing camera with LED flash for capturing great selfies. The Alcatel A50 comes with Android 7.0 Nougat, 4G LTE speeds, 2 GB of RAM and 16 GB of internal storage —only $99.99 for Prime members (regularly $149.99) and is compatible with AT&T and T-Mobile networks. The Alcatel A50 will also be offered bundled with the LightUp SNAPBAK LED cover that lights up with incoming calls, messages, e-mails and more—available for only $129.99 for Prime members (regularly $199.99).

The Alcatel A30 PLUS features a slim, compact frame with a metallic silver finish and a 5.5” HD display, and has a 13MP rear-facing camera and 5MP front-facing camera. It comes with Android 7.0 Nougat, 4G LTE speeds, 2 GB of RAM and 16 GB of internal memory with up to 32 GB more via MicroSD card, and features a long-lasting 3000mAh battery—all for only $79.99 for Prime members (regularly $129.99). The A30 PLUS is compatible with AT&T and T-Mobile networks, and will be compatible with the Verizon network later this summer via a software update. Learn more about the newest Alcatel phones here.

”With Amazon’s increasing lineup of phones available through the Prime Exclusive Phone program, it’s exciting to be launching three new smartphones offering uniquely different experiences for Prime members to enjoy,” said Steve Cistulli, President and General Manager of TCL Communication, NA. “With our successful debut of the A30 earlier this year, we’re thrilled to continue growing with Amazon as they expand their smartphone portfolio of affordable devices.”

The Moto E4 offers a sleek and compact metal design in black with a 5” 720p HD display and features an 8MP autofocus rear-facing camera and 5MP front-facing camera with selfie flash. It comes with Android 7.1 Nougat, 4G LTE speeds, and a fingerprint sensor, plus 2 GB of RAM and 16 GB of internal storage with microSD card support for up to 128 GB of additional storage, a fast quad-core processor, and a 2800mAh removable battery. The Moto E4 is available for $99.99 for Prime members (regularly $129.99) unlocked on all major wireless carriers, including AT&T, T-Mobile, Sprint, and Verizon. Learn more about the Moto E4here.

Prime Exclusive Phones are available at discounted pricing for Prime members supported by personalized offers and ads, including personalized deals and product recommendations, displayed on the phone’s lock screen. The Prime Exclusive Phone single sign-on experience provides Prime members easy access to their Prime benefits through the most popular Amazon apps, including thousands of movies and TV episodes with Prime Video, over two million songs and playlists with Prime Music, photo storage and backup with Prime Photos, unlimited reading with Prime Reading, free two-day shipping on millions of items, and more.

The Nokia 6, Alcatel IDOL 5S, Alcatel A50, Alcatel A30 PLUS, and Moto E4 can be pre-ordered starting today. Moto E4 will begin shipping on June 30 and the Nokia 6, Alcatel IDOL 5S, Alcatel A50, and Alcatel A30 PLUS will begin shipping on July 10. Visit www.amazon.com/prime-exclusive-phones for additional information and details about the Prime exclusive offers. All five devices are also available without offers and ads at Amazon.com to Prime and non-Prime members, at full retail price.

Everyday Made Better with Prime

Prime was designed to make your life better every single day. Tens of millions of Prime members around the world enjoy the many benefits of Prime. In the U.S. that includes unlimited access to award-winning movies and TV episodes with Prime Video; unlimited access to Prime Music, Audible Channels for Prime, Prime Reading, Prime Photos, Twitch Prime; early access to select Lightning Deals, one free pre-released book a month with Kindle First, and more. Plus, Prime members around the world can enjoy exclusive deal shopping on Prime Day. Prime was built on the foundation of unlimited fast, free shipping and members receive unlimited Free Two-Day Shipping on more than 50 million items, Prime FREE One-Day Shipping and Prime FREE Same-Day Delivery in more than 5,000 cities and towns, and two-hour delivery with Prime Now in more than 30 major cities. Start a free trial of Amazon Prime at amazon.com/prime.