In a blog post yesterday, YouTube made a few announcements to cap off 2017's VidCon US. In the post, they discussed their plans to remake the YouTube Creator Studio — their current channel management system — and simplify the name down to just "YouTube Studio." They also revealed a new system for comments that allows viewers to sort them by selected topics, making it easier to find what you want, and ignore what you don't.

Over the last week, YouTube has been very busy. It has gone from announcing new markets for YouTube TV, to revealing dynamic video sizes, and even introducing new VR formats for videos. The flood of news from the company is likely a result of VidCon 2017 occurring this week, which YouTube had no small presence at. So while it's good that YouTube has been keeping the pace up recently with these new developments, don't expect the frequency of recent announcements to continue.

The new comments topics will probably be the most visible changes for users. According to the screenshot provided, it looks like it will manifest itself as a new "Popular comment topics" section just above the comments, that allows you to select and sort according to keywords common in replies. So if you see a video and recognize something in it, like a specific location or celebrity included in it, odds are you'll find comments related to the topic categorized for your perusal. Channels which don't want this feature included are able to disable it, if they prefer. 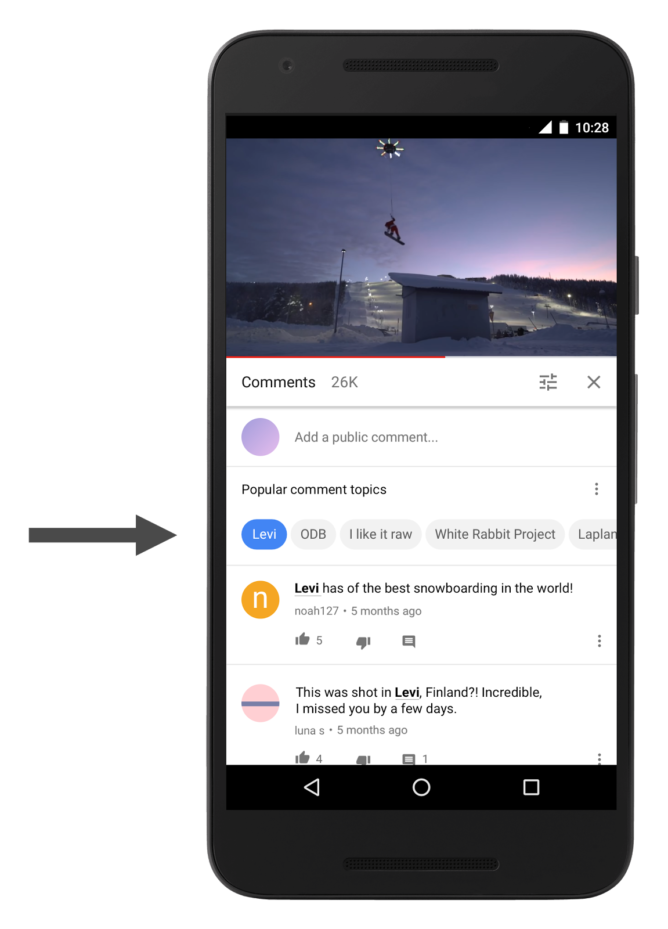 The current YouTube dashboard in both desktop and app form is certainly functional, if somewhat dated and sparse. While the post reaffirms that the redesign for YouTube will not remove any current features, it does state that YouTube will introduce new ones. The only specific feature actually mentioned is "a smart inbox that houses personalized suggestions for engaging with fans, collaborating with creators, and more." I hope that other features will be revealed soon since the significance and utility of a smart inbox for suggestions seems limited at best.

Given the commitment made in the post to not remove existing features, I hope that YouTube content creators won't have to worry about the redesign having any adverse effects on their workflow. Whatever the changes, I look forward to seeing what the new design brings. If you'd like a chance to check it out early, you can sign up for the beta here.

One other small announcement was made in the blog post that related to the Super Chat tool that was shown off at I/O. In addition to revealing some motivating metrics — that 65% of channels using Super Chat have doubled their income in live streams — they also announced that Super Chat is now available in 17 new counties. If you'd like to check out the full list, you can here.

If you haven't had the chance to use the mobile version of the Creator Studio, I recommend you take a look. The post doesn't state if it will be included in the redesign efforts, or if the upcoming changes are expected to be exclusive to the site. But the app is a pretty convenient way to manage things on the go.