Today YouTube has announced a new video format to go along with all that VR the kids are using these days. It is called VR180, and it was created for YouTube in collaboration with Google's Daydream team. It works for both prerecorded and livestreamed content, and it's compatible with Google Cardboard, Daydream, and PSVR.

3D video in VR isn't a revolutionary idea, but it's good that YouTube is making an effort to standardize and increase its availability. YouTube previously supported VR, stereoscopic 3d, and 360-degree content, but the company believes that the new VR180 format will make it easier for people to make their own VR content. And, content created in the format works seamlessly in and out of a VR environment. The post doesn't quite confirm whether it's locked to 180-degree video or not, but between the name of the format and the description that states, "VR180 video focuses on what’s in front of you," I give it good odds.

If you are interested in checking it out, there are already some videos up in VR180. Someone even put together a whole playlist of them. Unfortunately, they aren't that cool without a VR headset to watch them on, but even on a desktop, you can see that YouTube met its goal of having one format for multiple configurations. Whether you're on Daydream or just watching on your TV, the same video looks pretty decent either way. The experience is significantly improved, however, if you do have a headset.

There's no word on which cameras might currently work with VR180, but the blog post did say that it is working with manufacturers like Yi, Lenovo, and LG to make new cameras specifically for it. There is also a VR180 certification that manufacturers can meet to ensure that their products meet the required specifications and standards to work with the format. Yi even has a mailing list, if you're interested in more information. If you'd like to hear more about VR180 from YouTube, you can sign up for updates here. 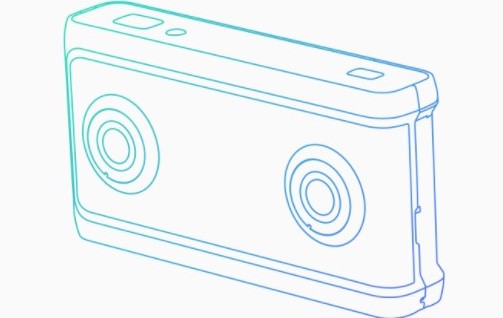 In the meantime, creators can apply to loan a compatible camera from one of the nine YouTube Spaces. To use a YouTube Space one typically needs at least 10,000 subscribers (1,000 for non-profit organizations), a record free of copyright/ToS strikes, to not be part of a brand outside of YouTube's Brand Partner Program, and they must complete an orientation. It's a pretty high bar to enter. But, once you're in, the resources are free. There's no word on what additional requirements (if any) creators may need to meet to play around with a VR180 camera at a YouTube Space.

Everyone expects that VR will be the next big consumer technology, and with this new format, YouTube has shown it's got Google's back when it comes to things like Daydream. Even better, if things don't pan out, VR180 looks just fine on a normal screen, too.