Fingerprint sensors are rapidly becoming essential features on phones. It isn't just high-end flagships that ship with one these days. Even mid-range devices like the Moto G have them now. So, it comes as no surprise that more and more apps are integrating the feature, too. The 7.12 Evernote beta, which adds fingerprint unlock support, is just one of the more recent examples.

A fingerprint is no replacement for a password since it can't really be changed, but it is a convenient means of basic security. I wouldn't trust anything too valuable behind it, but it's a good enough deterrent to replace simple numerical passwords like a PIN. Plenty of financial apps like Paypal, as well as banking apps like Simple's, have been updated with fingerprint support since the fingerprint API hit Android in Marshmallow

Evernote might not be keeping your money safe like a banking app, but the convenience of using a fingerprint instead of a passcode can add up to a good bit of saved time. Right now the feature is just available in the beta version of Evernote. 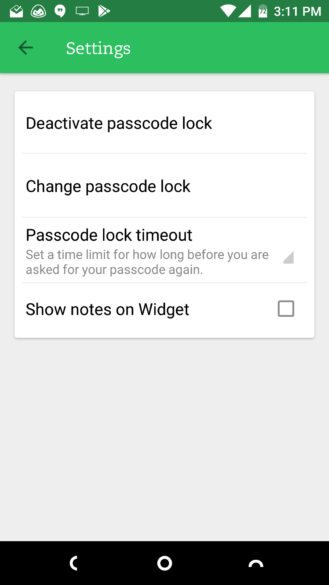 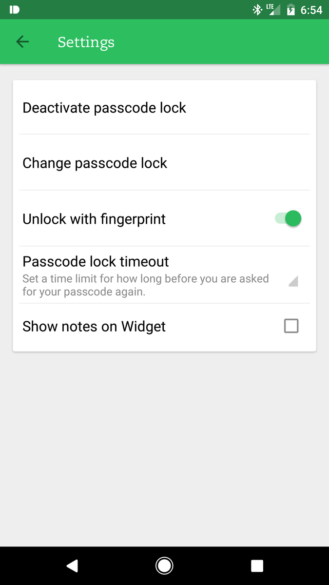 The new feature is easy to understand, but it isn't the most intuitive to find. To enable fingerprint unlocking, you first have to enable a passcode lock. That option is in the app under Settings -> Account Info -> Set up passcode lock. Once you have it enabled, the option for fingerprint unlocking will appear in a new "Manage passcode lock" submenu.  And once it's enabled, when you open the app, instead of entering a four digit PIN, you'll be able to unlock your notes with just a simple tap against the fingerprint reader on your device.