Perhaps you woke up today a bit confused. As you sat down at your computer to check the morning email, you saw that something had changed. Nestled along the edge and ever-visible, where the familiar head-filled bubbles of your Hangouts friends one rested, a window now sat. A window without priority, without transparency, and without style. That's because Google took away that interface, the transparent chat-bubble UI for Hangouts on desktop is now missing. 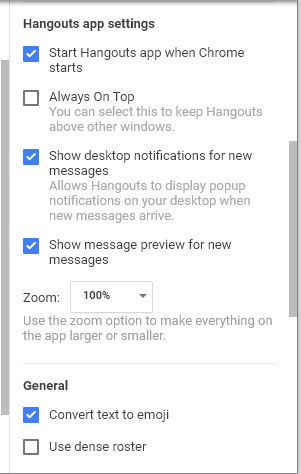 There's no telling if this change is a permanent change or just an oversight, but people are pissed. Reviews on the Hangouts extension at the Chrome Web Store have not been kind, either. Support messages are flooding, in, but so far the last 160 or so have gone unanswered. From the timestamp of disaffected user comments, it looks like the change happened around 20 hours before the time of writing. 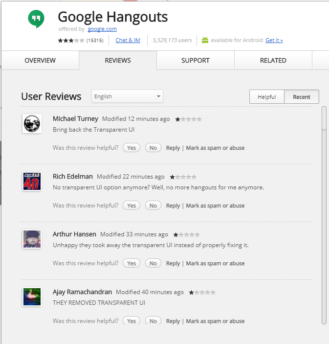 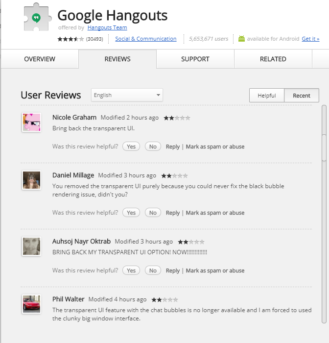 Google has been making every effort recently to hammer the last few nails into Hangouts' coffin. It isn't even a required part of the Google Apps package anymore. The removal of the bubbly user-friendly UI is only the latest indicator that the future of the chat system is corporate only. It may be that we'll have to learn to live without the old, round, transparent UI.

Odds are it was just a hiccup, because the option is back. We can confirm that we are seeing it ourselves, so take a look in the options if you'd like to turn it back on. 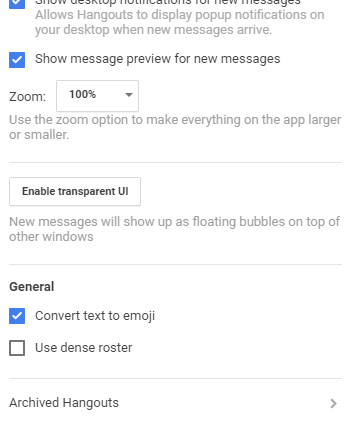 Uber finally adds tipping, but only in select cities to start