If you've got a little one with you while you're out and about, having a few videos stored on your phone for offline viewing can make life a bit easier if you've got restrictive data caps or cross into dead zones. However, the Offline Video feature does stand to gain a few improvements. Based on a few hints in the text, it looks like future versions will allow users to see an accounting of the space usage on the device and a button to wipe all of the current offline videos from the phone.

An option to clear offline videos is sort of a given. At this time, there's really no clear way for most parents to wipe the slate clean, which might be done just to make space for other things or possibly to prompt the app to download some different videos. Those of us with a little experience know that we could venture into the system settings and clear data, but that would also wipe other settings and that's probably not really ideal. 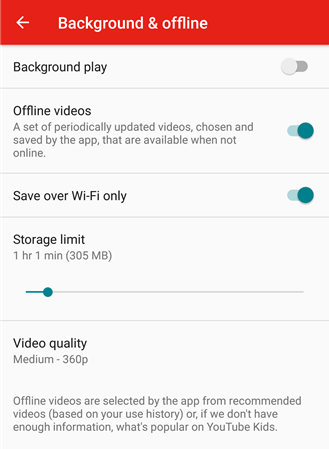 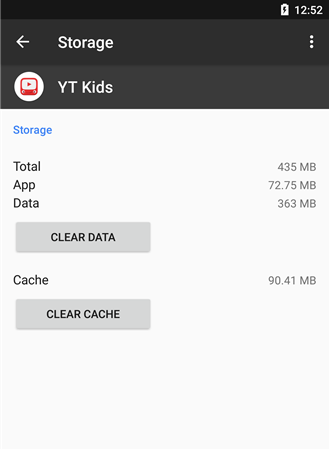 YouTube is going to add a section to its offline video settings to show how much storage is used and how much is available. It's not specific about whether these numbers are taken from the overall phone storage or if they are relative to the storage limit slider that determines how much space can be dedicated to offline videos. In either case, perhaps they'll show a more accurate representation of usage, which can be somewhat misleading if you look at the real numbers in the app details screen.

The Kids app is pretty good if you are a parent of one or if all of your children are about the same age, but it's not really optimized for having one in preschool and another one that's a bit older. When you first set up the app, there is an option to set content to either of those age groups, or accept recommendations for "All kids" to get a mix of both. This works, but it's obviously not the most effective solution. 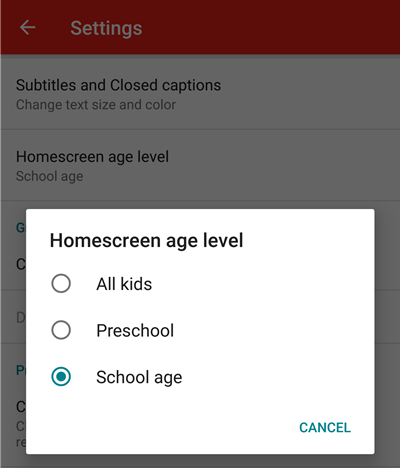 YouTube recognizes the issue and appears to be working on a proper solution. New text reveals that the app is going to allow parents to create profiles for each kid, including a name, age, and whether they're allowed to see the search interface. There will also be an image for each profile, though I'm not sure if it will allow for pictures of each kid or just a selection of avatars – I would bet on the latter.

It looks like profile switching should be pretty quick, but I can't tell if it has to be done in the adult area. There's also no indicator if the profiles are only present on a device, float with a parent's Google account, or get shared with everybody in a family group. It would be nice if everybody in the family could share the same profiles, but it's not like new profiles take much work to create.

There's not enough text yet, and some newly added layouts don't reveal much either, so this feature may still be in the early stages. There is a developer setting to enable a new setup flow that includes creating profiles, which certainly suggests development and testing may have moved beyond the internal team. It also shows that profiles will be a natural part of the setup. In fact, it's possible this will entirely replace the selector for Preschool/School Age/All Kids, and that could mean even better and more targeted video suggestions.