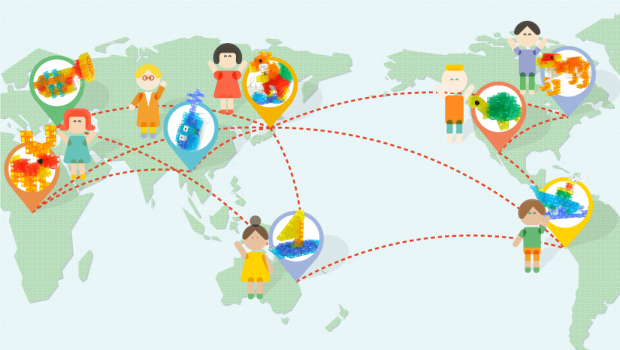 KOOV has some great things going for it. In addition to the backing of a major company like Sony, the biggest feature is the community. As kids learn and create their own projects, they can also share them with others. Some might even see it as teaching kids the responsibility of open-source development at an early age.

It includes a so-called "secure social space" of community submitted (and moderator approved) content. All of the information there is uploaded by the community, things like example projects, designs, and code, and it is all reviewed for content before your kids see it. That way your kids can distribute their creations all around the world, to better collaborate and learn from each other. 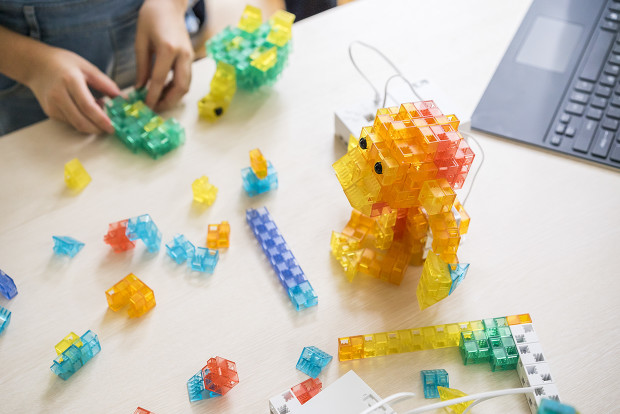 The blocks are quite simple. There are only seven shapes and seven colors. That helps kids to focus on learning the big-picture of programming, as opposed to stressing over smaller details. While that might stifle creativity compared to something like Lego Mindstorms, I think it's a better move. When the primary benefit is an early STEM education, kids are better served by less distraction. 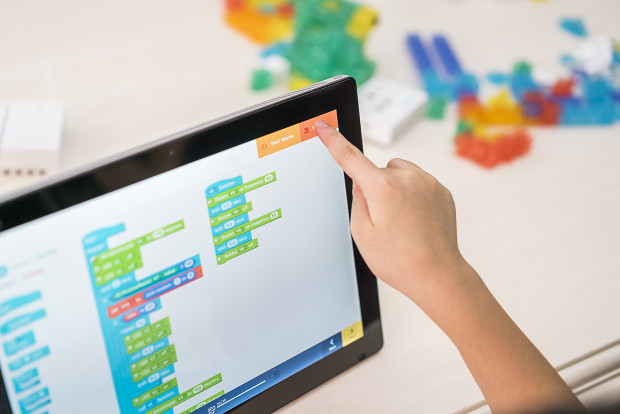 KOOV has its own app that your kids can program on, too. It seems to look and work almost the same as Scratch, which is an excellent tool for teaching the unfamiliar how programming works. In that way, it had an advantage over Lego's Mindstorms, which has more difficult software.

In addition to the programming environment itself, KOOV also includes a 30+ hour educational course. That way your kids don't just have to sink or swim in the world of robotics. They are guided each step of the way as they are introduced to challenges and concepts within the concepts of programming, robotics, and design.

For the full technical details, you can check out the page on Indiegogo, where each piece included is specifically discussed along with other technical data. KOOV was made for children 8 and up, and there are two basic kits you can pick up. The Starter kit is $287, and the Advanced kit is $400. Both are expected to ship this November.

Right now there are still some of each kit available since there's still a month of fundraising left. If you are an educator, a parent, or a really cool uncle, this might be something you should consider checking out. Who knows, your kids might even stick with it and end up following robotics down the rabbit hole into something like this.

[What year is it?!] Google is ending support for the Android Market on Android 2.1 and earlier