If you happen to still own a Google Glass unit, yesterday's mysterious update of the MyGlass companion app might have had you thinking about dusting off the headset to see if it could still hold a charge... If you could ever really say Glass held a charge. In possibly the biggest tease (or troll) for Glass owners, today brings an even bigger surprise: New firmware. Yes, if you leave Glass connected to the Internet for a little while, it should download and install the brand new XE23 update. 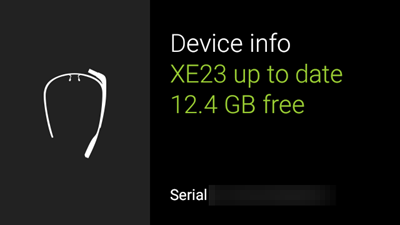 Google posted release notes to go alongside the new release. Only two items were listed, one of which being the all too familiar "bug fixes and performance improvements" line. However, the other line calls for the addition of support for Bluetooth input devices. This might sound like old news since many people have used keyboards with Glass in the past, but it necessitated a third party app to manage your Bluetooth connections. The new firmware includes a built-in manager for pairing and forgetting wireless hardware.

As you can see from the screens, setup is pretty straight forward and works like it would with any Android device. Keyboard input is fast and inexplicably fun to use. Left and right arrow keys work like swipes back and forth (respectively), the Enter key works like a tap, and Escape is mapped to a swipe down, even turning off the display in the main row of cards. Unfortunately, the arrow keys don't work consistently throughout the interface; they're flawless in the Settings section and on context menus, but tend to get hung up on the primary row of cards and don't operate at all in apps like Hangouts (except in the context menu). Unfortunately, the rest of the keys are basically useless because the Glass interface doesn't use standard text boxes.

Oh, you can also connect a mouse and see a cursor if you move it around. It won't do anything of value with regular Glass cards, but it can work on sideloaded apps and launchers if you really want to hack around. 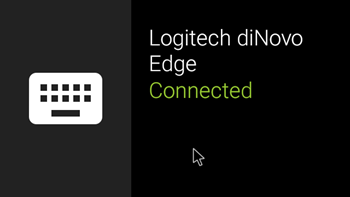 Seeing as the last update (XE22) was nearly three years ago, it's still not clear if Glass is getting some degree of support again, either officially or from a sympathetic Googler with time to kill. Glass did continue to see new hardware and software by some of Google's partners, so this update may be a small token that trickled out from there. On the other hand, somebody could be flushing the pipes of the last little bit of unreleased work.

It's too early to raise the proposition that a new version of Glass may be in the works, but it might not be too crazy now that Google Assistant is in the mainstream and much of the banner functionality of Glass has been refined in projects like Android Wear and Auto. Whatever the real story may be, current Glass owners should take the opportunity to pull out the headset and give XE23 a try.

WhatsApp will continue to support Android 2.3 until 2020

Zolo Liberty+ by Anker blasts through its Kickstarter goal