Performance on both phones is set to be boosted by a new Low Power Consumption mode, which was already built into the Qualcomm Snapdragon 821 chip. Making use of Google’s Contextual Hub Runtime Environment (CHRE), LG's All-Ways Aware hub allows the device's sensors to sense and collect data continuously with little detriment to performance and battery life. Other new software features include Face Print, a new facial recognition security feature that LG promises will unlock your phone in less than one second (on average), and Covered Lens, which warns you when your clumsy fingers at risk of spoiling your next snap.

For the new G6+, onboard storage is getting a significant upgrade and is now 128GB, instead of the meager 32GB that was the only option available in the US before. While the Korean variant of the G6 always offered enhanced audio with 32-bit Hi-Fi Quad DAC, all versions of the G6+ will get this. The phone will also come with a premium pair of B&O PLAY earphones to complement its high-res audio capabilities. 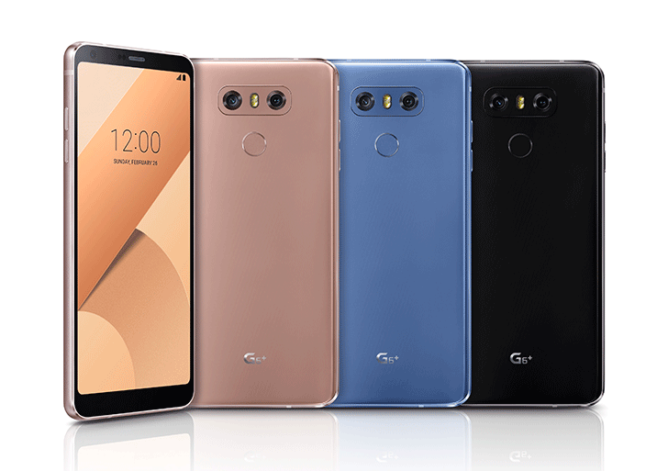 The G6+ will be available in 3 colors, Optical Marine Blue, Optical Terra Gold, and Optical Astro Black. The 'Optical' part refers to a lenticular coating that should make for a shimmering effect as you view the phone from different angles. The front of the device in each of the three color options will be black. There's no information on pricing or regional availability just yet, but LG did say the G6+ would feature wireless charging in some regions, which would suggest a US release for the new phone is likely. We'll update you with more info as it comes in.