We've noticed references to Select to Speak in teardowns going back for a few versions, so the feature has been in testing for a little while. But we can confirm that it launched officially as of TalkBack 5.2, where it was included in the changelog. 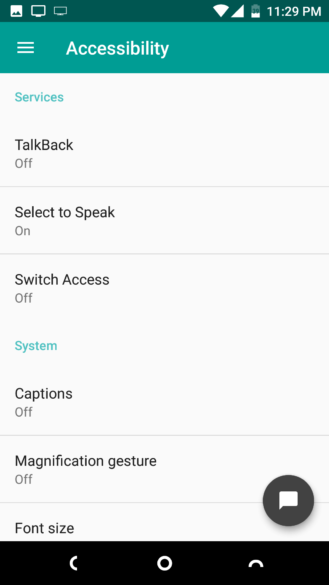 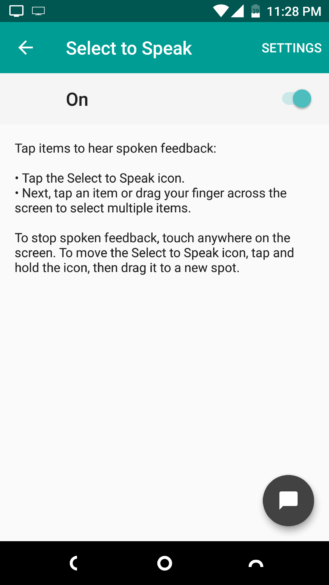 It's not that difficult to get things set up. To enable the feature you just go to Settings -> Accessibility -> Select to Speak, and there flip the on switch for the feature. When it is active, you'll see a new floating action button depicted with a voice bubble overlaid on your screen, like the one above. When you'd like to have something read back to you just tap the button, drag to cover the area you'd like to have read, and your ears are treated to the sweet robotic sounds of Android's text to speech. You can tap and hold the button to move it wherever you would like, but for the feature to work, you will have to give up some portion of your visible screen. 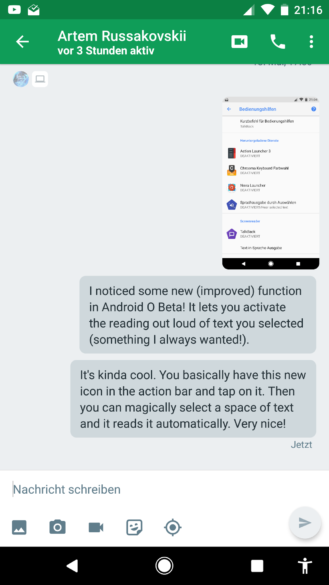 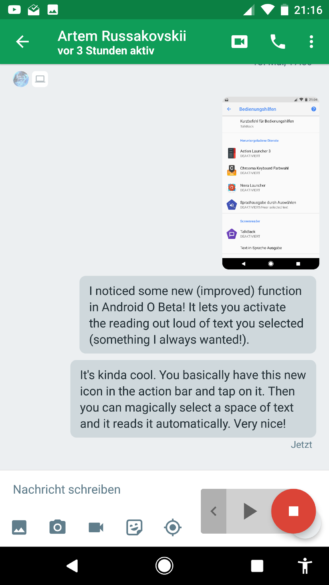 There is an exception. It would appear that it manifests a bit differently when enabled on Android O. Instead of having an FAB waste space on your screen, you get an accessibility icon in your navigation bar. Tapping that icon brings up the same functionality for selecting text to have it read to you, but with the addition of play and stop buttons.

It's not a huge feature for everyone, but for some these little additions can make a substantial difference in one's quality of life and ease of use on Android. Whether your eyesight is starting to fail you at times, or you'd simply like the occasional inattentive convenience of having things read back to you, either way, TalkBack has your back.

Ring announces the second generation of its popular video doorbell