Keyboard apps are one of those near-tribal preferences that one develops pretty early on in their smartphone experience. Once you stick with one for a long enough period of time, there's almost no going back, unless your favorite takes a sharp turn for the worse. 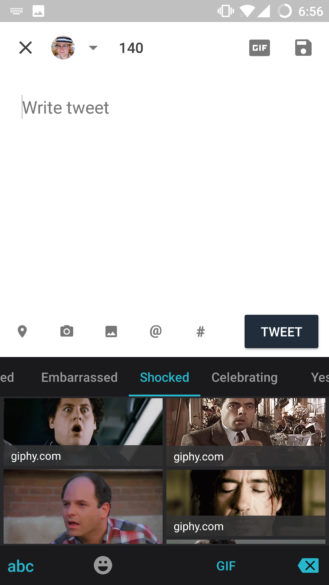 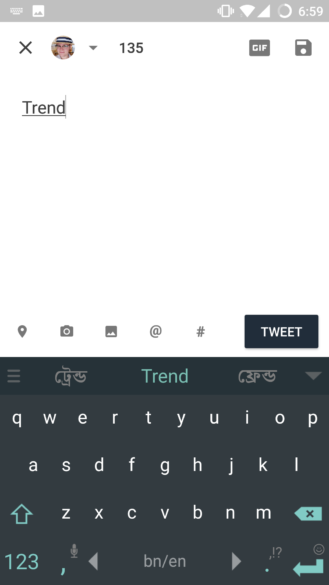 In that vein, if you're already a fan of SwiftKey the new beta is likely to be of interest, but if you're using another keyboard app like the defunct Fleksy or Gboard, then odds are the new beta won't interest you. Especially since both of those applications already supported GIFs, and Gboard has done transliteration for these languages since April. Neither can make hashtag predictions, though.

The new languages supported for transliteration are Bangla, Kannada, Malayalam, Marathi, Odia, Punjabi & Telugu. If you aren't familiar with the term, transliteration means to spell one language in another language, so if you speak one of the above languages but can't write it, a roman-character approximation should suffice as input, which the application can translate into the target language's native text.

The new GIF support can be accessed via the emoji panel, and recommended hashtags will appear with other predictions, and it should pull recent trending tags. The full changelog for the update is available here:

- We now support GIFs – categories only (for now). They can be accessed from the emoji panel
- Hashtag Predictions – get trending hashtags right into your predictions
- Transliteration is now supported in: Bangla, Kannada, Malayalam, Marathi, Odia, Punjabi & Telugu
- Transliteration for Tamil has been improved
Fixed
- No more crashing when deleting punctuation in the Japanese layout
- No more crashing when deleting "!"

Feel free to check out the changes at Google Play below, or over at APK Mirror.