Earlier in the year, Google released the impressive Toontastic 3D. The digital storytelling app was a follow up to the original Toontastic game by educational developer LaunchPad Toys, which was acquired by Google in 2015. The app allows kids to draw and animate their own stories to create a 3D video. The budding directors can even narrate their creations and add built-in songs to the soundtrack before sharing. In the latest update, Google adds new characters and settings as part of two additional themes.

The first of the new themes is movie tie-in with the imminent Cars 3. The Disney/Pixar franchise is incredibly popular with young children, and they will surely relish the chance to create their own Cars story arcs. They'll be able to animate their anthropomorphic hero Lightning McQeen, alongside new additions to the series such as Jackson Storm, Cruz Ramirez, and Miss Fritter, against the backdrop of two locations from the film: Florida 500 raceway and Thunder Hollow demolition derby.

A behind-the-scenes video tour of Pixar's studios will also be included in the app, in a bid to show kids how real animated films are made and further stoke their interest in filmmaking. It's worth noting that the Cars 3 theme will only be available for a limited time, up to September 30th. 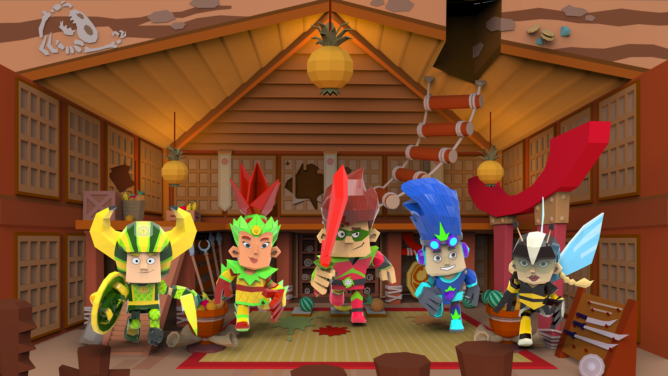 The second set of new characters available in this Toontasic 3D update comes from melon-slicing game Fruit Ninja, or more specifically from the animated YouTube series Fruit Ninja Frenzy Force. You'll be able to take control of protagonists such as Peng, Seb, Niya, and Ralph, leading them into battle against their nemesis, Clean Bee. It's unclear how long the Fruit Ninja theme will be available, but I'd suggest making the most of it soon – just in case.

If you (or your kids) haven't tried it yet, I'd thoroughly recommend the app. It really gets the balance right between fun and education. You can download or update to the latest version of Toontastic 3D via the Play Store link below, or grab it manually from APKMirror.