We first spotted the 'Chrome Home' flag back in October, which moved Chrome's address bar to the bottom of the screen. Since then, Google has continued to refine it, but it still remained hidden behind a flag. Starting with the latest build of Chrome Dev 61, it appears to be turned on by default for most users.

If you're not familiar with it, Chrome Home changes more than just the address bar's position. Tapping on the new arrow button reveals the New Tab page as a popup, with a bottom tab bar to view Downloads, Bookmarks, and History. 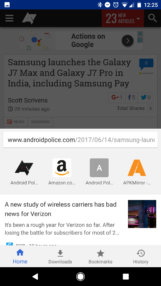 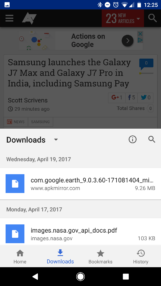 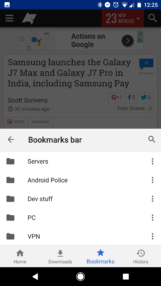 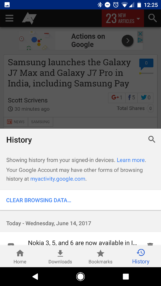 This could mean that Google thinks Chrome Home is ready for prime-time, but there's no telling what stable Chrome release will have it enabled by default. Chrome 61 stable seems likely, but Google could also choose to leave it in Beta/Dev/Canary for a while longer.

Angry Birds Evolution is a new take on the franchise, but it's still more of the same