If you've been using WorldRemit to send money to your family back home, you can now use one more method of payment. The WorldRemit app has been updated to make use of Android Pay as a payment option. Now you can send money to your loved ones without the tedious process of entering payment information like a credit card number, and users benefit from the security of Android Pay's virtual accounts.

Some of you might not be familiar with the name WorldRemit, but they are recent (2010) startup and a growing name in the remittance market. Their popularity seems to be increasing as a result of their low fee structure and ease of use when compared to other services. The founder was a former compliance advisor to the United Nations Development Programme, who started the company as a result of his own frustration with existing services. It would appear that his desires echoed that of others, as the company was incredibly successful in pursuing funding, and has now become a well-liked solution for money transfers. 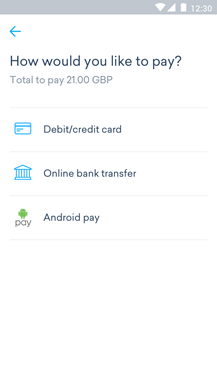 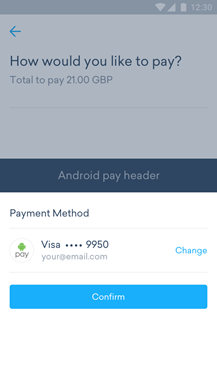 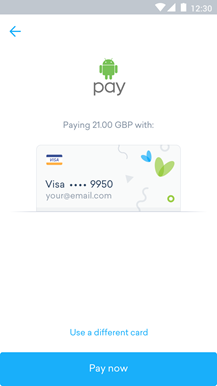 Android Pay doesn't seem to be any more complicated to use than other payment options in WorldRemit. When you go to pay it just appears as a new option on the list, along with debit/credit cards and bank transfers. Selecting Android Pay is a simple process with no extra fuss, and no numbers to enter — assuming you have Android Pay set up.

Android Pay has been expanding significantly into other areas, like the recent move as a supported method of payment for PayPal. It's not a huge stretch to go from that sort of service to money transfers, and remittance is a huge international market. The convenience and security of Android Pay could prove to be a great benefit in the space and might give WorldRemit an even bigger competitive edge. The service is available on both Apple and iOS devices, and given the latter, it's possible we might see Apple Pay integration in the future. If you'd like to give WorldRemit a try, you can check it out over at Google Play. The full text of the press release, for those interested, is further down. Pioneering a mobile-first approach to the $600bn a year remittance industry, the move sees WorldRemit bringing together the leading players in mobile payments from Silicon Valley and Sub-Saharan Africa.

Launching the global rollout of the service at MoneyConf 2017, WorldRemit will enable Android Pay users to safely and securely send money to +112 million mobile money accounts accessible via its network. The integration will make WorldRemit the only remittance provider offering international payments through Android Pay around the globe.

By connecting directly with Android Pay, WorldRemit customers can transfer money instantly across continents in just 5 taps - without entering credit card or 3DS details. Using mobile money, a recipient customer can then pay for school fees, utility bills and groceries among other things directly from their mobile phones - without the need for 3G or wifi. As Android Pay is supported by industry standard tokenization, payments are sent with a virtual account number providing an extra layer of security.

WorldRemit currently sends money to more mobile money accounts than any other operator in the world. The company enables migrants to send money from their smartphones to the mobile phones of the people they love, in over 140 countries to be paid out in cash, paid into a bank account or into a mobile money account.

Alice Newton-Rex, VP of Product at WorldRemit, comments: “Currently 60% of WorldRemit app users are on Android, which is also by far the most popular mobile operating system in the developing world, where 2 billion people are still unbanked, but critically half a billion use their mobiles as a bank account.

“This integration with Android Pay is the next logical step of our mobile first approach, and continues our commitment to providing greater financial inclusion.’’

Pali Bhat, Director, Product Management at Google, said: "We want to make it easier for organisations like WorldRemit to offer a simpler, faster in-app payment solution for their customers. With Android Pay, people will be able to speed through checkout with their Android phones in a few clicks".

WorldRemit users make around 600,000 transactions every month, sending from over 50 countries to more than 140 destinations.

It’s easy – just open the app or visit the website – no more agents.