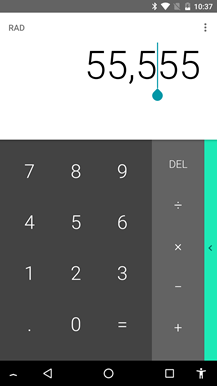 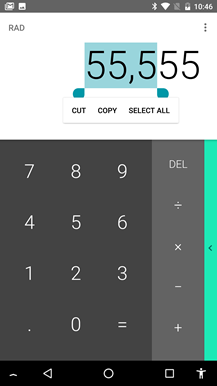 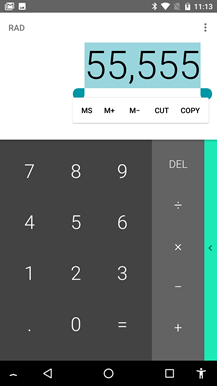 The big new feature in the calculator is an expression field that can be treated more like regular text. In previous versions, there wasn't really much to do with the expressions aside from using the buttons below to make changes to the end of the line. It could get pretty ugly if you had a long string of operations, then had to change something about the first number. Now, you can simply tap anywhere on the line to place a cursor. There is also a drag-able handle in case your taps aren't too precise.

That's just where the improvements begin. Double-tap or long press on the expression and you'll get a pair of selection handles and with options to cut or copy selected text. If the whole line is selected, Memory actions will also become available. Memory actions used to only show up with a long-press on the results line (below the expression line) and in the history screen.

Launcher icons have been getting a lot of little shakeups over the last year, first as Google introduced rounded icons for the Pixel launcher, then again when Adaptive Icons were introduced with Android O. With the bump to v7.3, the Calculator app gave up its icon with an irregularly shaped equals sign to adopt one that stands out just a bit less. 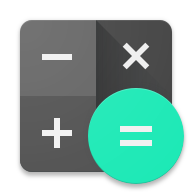 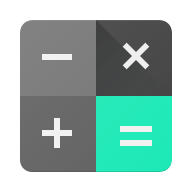 This icon will appear on basically all non-Pixel devices. For those that care about this sort of thing, it's pretty clear that the new version of the icon now matches the round icon used on Pixel phones (pictured below), but obviously without being masked into a round shape. So, yay for consistency, I guess. 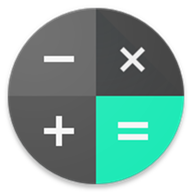 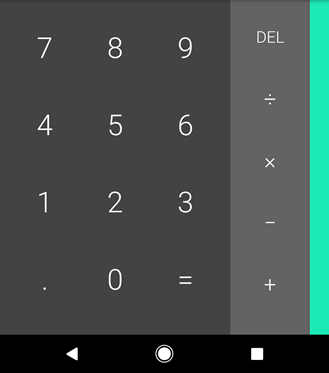 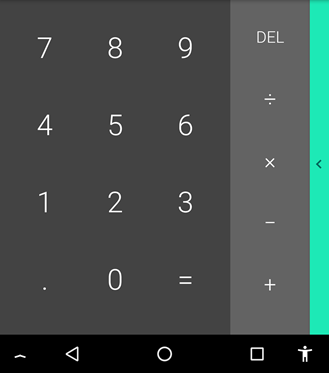 The Calculator app has a little pull-out drawer sitting to the right of the buttons for math operations in portrait orientation. If you look closely, you'll notice that the latest version adds a little arrow on the drawer as a visual indicator that it can be opened to reveal more operators.

This one is mostly a quick note, but it might speak to something a little bigger in the future. One of the recent builds of v7.3 includes a few lines related to enabling backup of app data, a feature that was added with Android 6.0. This has become fairly common across most of Google's apps, though most people probably won't notice it has happened until they set up a new device, and even then it's usually pretty subtle.

The backup feature is still disabled, but the backup instructions list three files that will be synced to Drive once this goes live in a future release. The first is the expressions database, which basically contains everything in the history screen. That means you'll be able to do some calculations, then if your phone is lost or destroyed, those same calculations will appear in the next phone you set up. Syncing with multiple devices may also be possible, but I can't be sure if that's part of the plan yet.

The other two files planned for backup are both for app settings, which is a little strange for an app with no settings screen. It's possible this is just there to keep track of whether a user keeps the calculator in degree or radian mode, or it might be a sign that more configuration options are on the way. At this point, there's not much to go on, but it's interesting enough to make a note of it.

New parameters from the Android manifest

Amazon's Alexa updated to block contacts from calling or messaging you