The second Developer Preview added new navigation bar customization options, including the ability to add two new buttons to the left and right of the standard back, home, and app switcher icons. Those could be assigned certain functions to give you two extra shortcuts, accessible from any screen – pretty handy. Along with this came an option to change the lock screen shortcuts, which by default offer access to voice search and the camera. 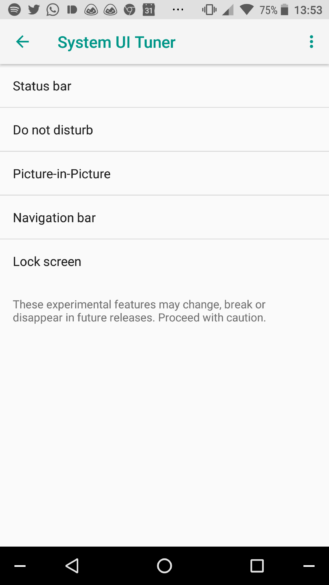 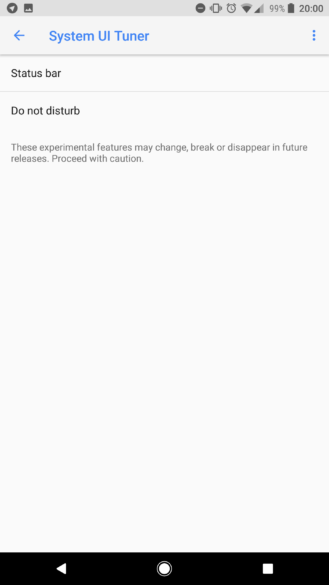 Both of those menu items have been removed in DP3. The extra navigation bar buttons I'd set up in DP2 are still there, so the functionality still exists. I can no longer remove or edit them, however. As for the lock screen buttons, there are conflicting reports about whether or not they revert to their defaults after updating to DP3.

The other menu option was for the Picture in Picture mode introduced with Android O, but it wasn't actually a switch for turning the feature on and off. Instead, you could only toggle the ability to minimize the PiP by dragging or flinging it to the edge of the screen. That doesn't seem to be possible any longer, but clicking elsewhere on the screen does make the PiP frame smaller.

I'm sure we'll see further changes to these features in the final release of Android O. That could mean they will be removed entirely, or brought back in a more polished form outside of the System UI. Who know, we'll have to wait and see. If anyone else has noticed any other little changes, be sure to let us know.