The display on the Honor 9 is also calibrated for a DCI-P3 color space, which is fantastic to see. Even some of the more well-known manufacturers don't go to the effort to properly calibrate screens. If Huawei is able to do it for the Honor 9, then other manufacturers really don't have any excuse. My Chinese is a bit rusty-to-non-existent, but it also looks like the phone ships with some sort of "Hi-Fi" setup, presumably an improved DAC. 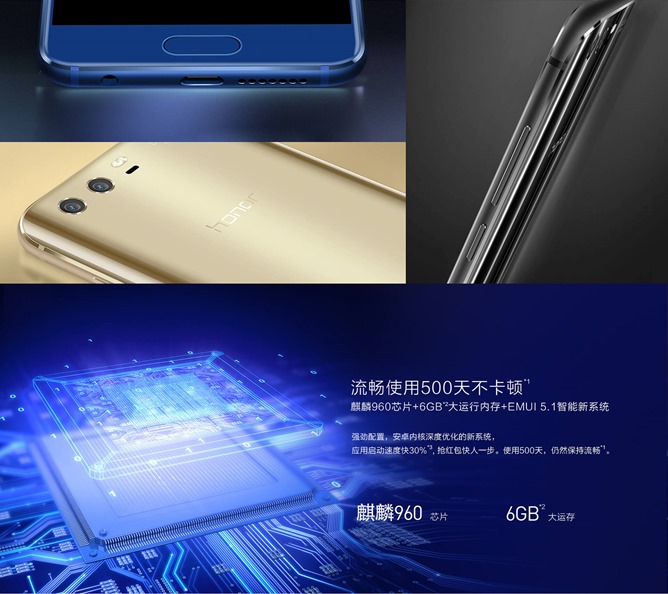 The Kirin 960 is the same SoC that was in the Honor 8 Pro and Mate 9, but it's still quite beastly. The four A73 cores in the 960 give it a ton of power, even when compared to Qualcomm's latest Snapdragon 835. Unfortunately, performance from the Bifrost Mali GPU in the Kirin 960 doesn't really compare to the Adreno 540 in the SD 835. It's hard to complain, though, given the price differential between current phones with the 835 and the Honor 9.

There is no word yet on a US launch date or US price. Its predecessor, the Honor 8, did see a US launch around a month after it came out in China so we might see a bit of a delay.