There's a new version of Gboard hitting devices tonight, right after Google accidentally sent an internal v6.3 "dogfood" test build out to some users. Oh well, the version that's rolling out in the Play Store right now (also v6.3) is the proper consumer build, and it has some cool new stuff. Searching is now quicker and more powerful, whether you're looking for a webpage, emoji, or a GIF.

The app is just beginning its slow roll, so we're not certain what all the new things are. Here's what we've found so far.

Doing searches from Gboard is actually somewhat useful now. Previously, most searches would pull up a single result card. Now, you get a list of cards that can be scrolled left and right. There are dedicated share (adds to the text field) and open buttons. Opening pulls up the system "open with" dialog. If it's a GIF you're after, there's a toggle at the bottom of the keyboard after searching that instantly flips over to matching GIFs. 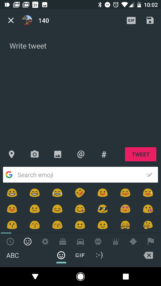 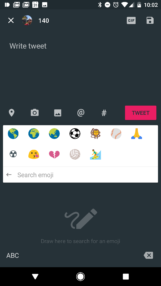 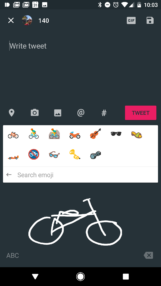 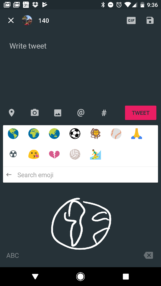 Emoji searching can still be done with text, but who knows all the descriptions of the emoji? Tap the pencil icon in the search box, and you can just draw it. I know what you're thinking, but it's surprisingly accurate. In the screen above, I was trying to draw the Earth. Nailed it? It even recognizes what is likely the crappiest bicycle ever drawn.

We'll continue poking around and will update if more changes are found. To get the new app immediately, you'll need to be in the beta program. Otherwise, just grab the app from APK Mirror.

Gboard 6.3 is now out of beta, as glorified on one of Google's blog posts. Other than the search suggestions we covered in another post, the features present are the same as those mentioned here.

The update doesn't seem to have rolled out to stable for everyone quite yet, but if you aren't seeing it, you will soon. Should you lose patience, you can download it over here at APK Mirror.

Qualcomm's purchase of NXP is under investigation in the EU