Twitter goes through UI changes pretty frequently, but this transition to rounding everything is arguably the most major one in a while. We first saw this late last month in the alpha app, but it's now going out server-side to beta users on Twitter 7.0 through a server-side change. 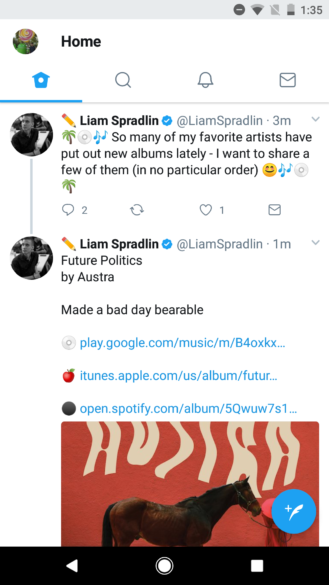 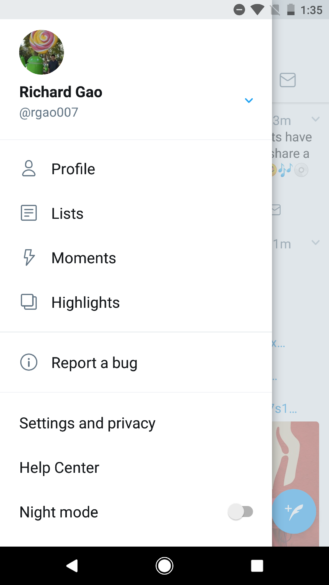 Compared to what we saw a few weeks ago, there don't seem to have been any major changes. But as a recap, profile pictures are circles now, icons are more rounded, you don't see your header photo in the menu anymore, and the options in the menu are slightly rearranged. 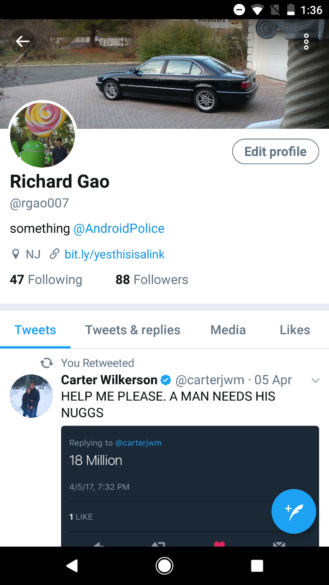 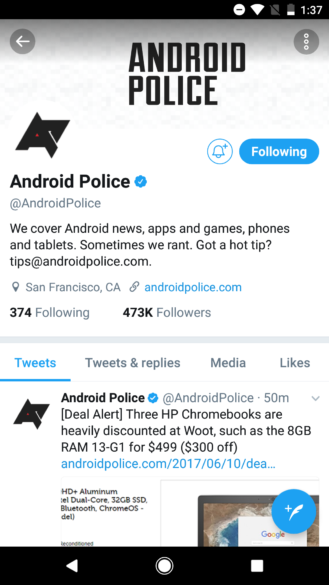 Opinions on this new UI are mixed, with some liking the change, some being indifferent, and some not being afraid to bash it. Me personally, I think the new UI looks a bit too cartoonish, but it's not terrible by any means. Let us know what you think in the comments.