When it comes to puzzle and logic games, there is a delicate balance to be struck. If the game is too simple, it's just no fun. But if it's too difficult or too complicated, then the game becomes frustrating or the learning curve becomes too steep. Many games fail to strike this balance, and even those that do sometimes leave you wanting more once you've beaten all its levels.

Cubiscape is a new game that balances simplicity, complexity, and difficulty very well all while giving players unlimited levels to solve. Even better is that the game is free and includes no third-party ads.

At first glance, you might think Cubiscape is something that it's not. This is not a game where you race against time or need nimble fingers to win. It is a turn-based puzzle game in which you—the ball—must escape the level by reaching the green tile by moving one tile per turn, with no option to skip a turn by not moving. If one of the cubes gets to you first, you lose. Cubiscape = cube escape, get it?

The strategy comes in as the game gradually throws more obstacles in your way. Typically, you will have one or more adversaries in the form of cubes. They, too, obey the turn-based structure of the game. Each cube's color and texture signifies the way it moves. 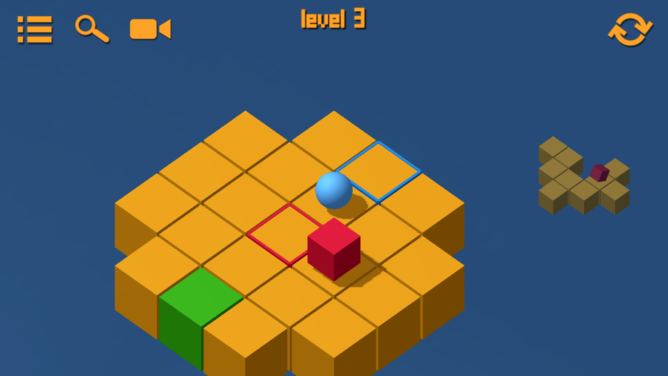 The first one you see if you go through the levels linearly is red—this cube actively tries to get you, but with a strong preference for moving side-to-side rather than vertically. If it lines up with you horizontally, it will move vertically to get you. Otherwise, it prioritizes lining up horizontally.

Other cubes may move in a fixed direction or pattern every turn, irrespective of your move. Another always moves in the opposite direction that you do. You can leverage all these behaviors to your advantage as the game gets more complex.

There are also special tiles. A tile with a red outline is a trap. If you or your adversary move onto it, you will be trapped there for two turns. Another type of tile has a blue button on it, which will place or remove another tile on the map if you or a cube triggers it. A false move with these may make the level unwinnable by closing off your access to the escape tile.

To best understand the gameplay, let's walk through a level. This is Level 47, which will take you a while to get to if you want to start at Level 1 and go straight through. There are 220 total levels in the linear scheme. Every 10 levels, a new element is added to the gameplay, like a new special tile or cube.

Below is a still of the beginning of the level. The player is the blue ball in the center. The blue outline on that tile signifies that it is the starting point. Towards the left are two red outlined tiles, which are traps. They keep you or your adversary in that tile for two turns. The red cube is that classic adversary that follows you around with an emphasis on lining up horizontally.

There is a blue button in the left corner, which moves or removes a tile...somewhere, but you won't know until you try. Same goes for the blue button on the bottom right. We can just barely glimpse the green tile which must be reached to complete the level on the bottom.

The purple cube on top moves in a fixed pattern, traversing the narrow path back and forth. 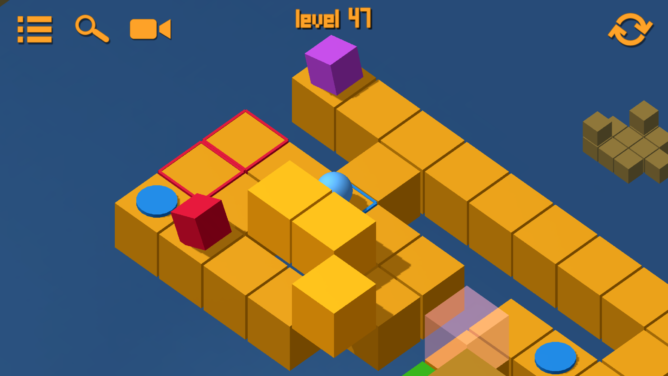 Now that we have the background explained let's beat the level.

First I am going to move back and forth for several turns for a couple of reasons. First I want to get the purple cube into a position that I can avoid it when I complete my next maneuver and want to make it down that narrow path of tiles. Second I want that red cube to move right one tile in order to delay it by one turn when I move towards it.

Next, I am going to "trick" the red cube into triggering that blue button. That will fill in one missing tile in my path to the finish later on. To do this, I have to move into one of those two traps. The red cube will follow me into the other trap a turn later, which gives me a chance to run away from it in subsequent turns.

Now I'm on the run. Those earlier stalling tactics have the purple cube right where I need it. Watch:

After that, I'm home free. I have one button to push to drop the tile on the bottom left, then I win.

Obviously, most people aren't going to get all of that on the first try. The game is designed to gradually give you the experience with the different elements of strategy so that you never need too terribly much trial and error to beat a given level.

There is, of course, more to Cubiscape. You can beat any and all of the 220 levels, with new game components at each 10th level.

You can also use Random mode, which algorithmically generates one of an infinite number of levels at your preferred difficulty level. This ensures you always have a fresh challenge available no matter how much you play the game.

With zero ads, you might wonder how the game's independent developers make money. If you want further human-created levels after the initial 60 (up to 220 at the moment), you can buy them in increments of 40 for $1.99 each. If you want to unlock the "insane" difficulty level for Random mode as well as a new skin for your ball, you can make a pay-as-you-wish contribution to the developers at a minimum of $0.99.

If you like relatively simple games that require strategic, logical thinking and don't get boring over time, then Cubiscape is for you. Check it out at the Play Store. 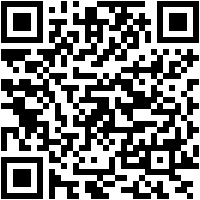 Download QR-Code
Cubiscape
Developer: Peter Kováč
Price: Free+
Note: This post is an ad. The content inside does not represent the views or opinions of the Android Police team. Posts like these help fund all the great stuff you see on AP, and you can help support us further by checking out the products or services featured on this page.