Duo remains one of Google's most minimal apps, so it feels like even small changes were carefully considered before earning a place in an update. The latest version of Duo is rolling out now with one such tweak that allows the on-screen controls to disappear when they're not in use. A teardown also reveals plans to make audio calls even more resilient on low-bandwidth connections and to add a couple of notifications that might give users more reasons to open the app more often.

The key element in any video chat is obviously the video, and nothing gets in the way more than a busy interface that blocks most of your view. Okay, so Duo's interface was already very minimalistic, but that doesn't mean there aren't still a few things to take away. 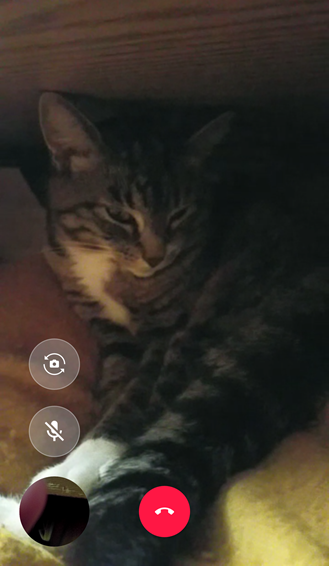 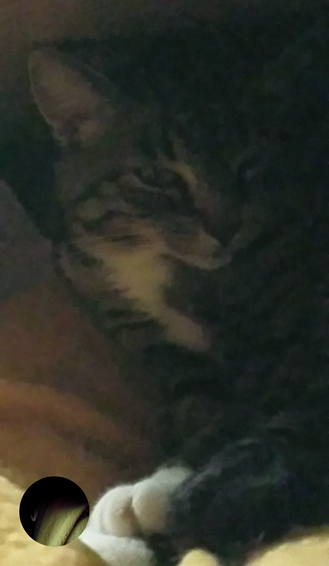 The latest update does just that as the buttons to hang up, mute audio, and switch between front and rear cameras will now vanish shortly after a call begins. Just like most apps that have an overlay with buttons on top of video, tapping on the screen will briefly restore the controls. The little round window with a live view of yourself is the only part of the interface that doesn't auto-hide. Tapping it still swaps the primary view between your own camera and the remote feed.

It was about two months ago when Duo gained audio-only calling, which was a good thing for people that don't want to video chat or simply don't have the bandwidth to maintain a decent video feed. However, it seems Google may be experimenting with lowering the bar for data throughput even further. A couple of new lines in the apk indicate that there's a mode in development that will switch into a low bandwidth mode that would presumably be optimized for really limited data environments.

Even though the setting described by the lines above is not marked as a testing mode or developer tool, that's probably how it's being used. After all, regular people probably shouldn't need to switch to this manually, it's just something that should happen automatically if bandwidth is bad enough that it becomes necessary.

Sometimes modes like this are also added just so developers can test to see what happens in special conditions, and they are never intended to become part of the feature set. I doubt that's the case here for the simple reason that those modes usually have descriptions like "simulate low bandwidth" or "test poor network conditions." Of course, we might never know the difference if Duo is intended to switch into low bandwidth mode transparently.

This one is really simple, but it deserves a quick mention. There had previously been text for a setting that would enable notifications about "contacts and features" as new information came up. As far as I'm aware, the option and notifications it may have related to were never actually live.

the old line
<string name="pref_engagement_notifications_enabled_summary">Get updates on contacts and features.</string>

That line is now gone, but in its place is text for a pair of notifications that make a bit more sense. Users will soon have two options: One enables notifications for new features in Duo and the other will enable notifications when people in your contact list join Duo.

Whether or not you're interested in a notification about new features will probably depend on how closely you follow Android Police and if you're reading a teardown about Duo. Admit it, if you're reading this now, you'll turn this on when it becomes available. Getting notifications about other people joining Duo is a bit different and probably depends heavily on how big your contact list is and if it's filled with people that would be super curious about trying video chat. Too many of either of these will surely lead to them being turned off... But I kinda doubt that's going to be the problem.

Android O is confirmed to be 8.0 in the latest developer preview