If you watch a lot TV and need a way to manage it all, this app might be for you. You can keep track of each show you watch as well as mark your progress in it. It will even provide you with notifications for new episodes for the shows you follow. The app also offers you a personalized schedule, Trakt.tv integration, a widget, social platform support, a calendar sync feature, and content discovery to find new shows. I don't watch much TV or even have cable, myself, but even I can see the utility in easily managing progress with something like this. Some of the new features in the testing release are still in flux, though. We reached out to the developers about some of the changes in the To Do screen overview in this latest version and were told that a few bits of the old functionality, such as a birds-eye view of show progress, will be returning in some form later.

If you are interested in trying out the new version, you'll have to opt-in to the testing release. If you haven't used it before, you'll also have to make an account, and unfortunately, it doesn't support Google SSO. If you're ready for an easier time keeping track of your entertainment consumption progress, download the app over at Google Play or APKMirror. 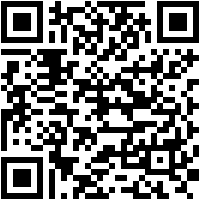 T-Mobile is rolling out Nougat to the Galaxy S6, S6 Edge, and Galaxy Tab S2