Last week Sprint and Rogers announced that users sending messages between the two carriers will be able to make use of RCS. RCS, of course, is the new standard to replace SMS that Google committed to back in 2015. So far each carrier seems to have its own idea for how RCS should work. But Google's recent work in cross-carrier communication is a big step towards ubiquity, and thanks to the tech behind this latest interconnect other carriers can more easily get in on the RCS action.

We are deploying a "hub" model, so that carriers can interconnect to the hub once to get access to all other carriers connected to the hub.

Google's Nick Fox followed up his announcement on the 1st with an answer to a question posed by our own Artem about how Google's RCS interconnect works. Instead of requiring that carriers individually connect their networks in some capacity to one another to exchange RCS messages, the RCS standards used by Google and the GSMA make use of a hub-style interconnect.

The Jibe hub will interconnect with any Universal Profile compliant network, including in-network IMS, other hosted providers and other hubs

Google's hub-based implementation of RCS in the recent cross-carrier announcement isn't a new technology, but it is cool. Back in 2013, the GSM Association published a white paper that detailed how RCS could work — and it's very much worth a read if you are even mildly interested in the future of carrier messaging, RCS, or even just networking. The white paper showed a few different methods for RCS implementation, such as using a direct NNI (Network-Network Interface) decentralized network for each carrier interconnection. Unfortunately, that particular solution results in a quickly rising number of interconnects as the number of carriers increases (n(n - 1) / 2), which means for each additional carrier in the network a larger investment needs to be made by those in it. 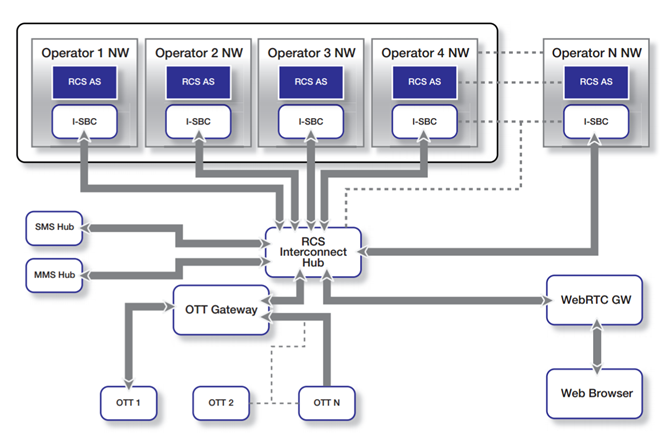 The white paper also talked about a hub model for RCS, which has clear advantages for carriers. Rather than be burdened with developing their own connections to other carriers, each needs only connect to the one central hub presumably provided by Google. But, this centralized system will likely suffer from the same sort of weaknesses that all centralized systems do. For instance, if the capacity of the hub isn't high enough for the traffic present, then messages might not be delivered as expected, or things could grind to a halt. A central network is also more susceptible to censorship, attacks, or interference. However, it also provides some advantages, such as decreasing the investment of time and resources for carriers joining the standard. 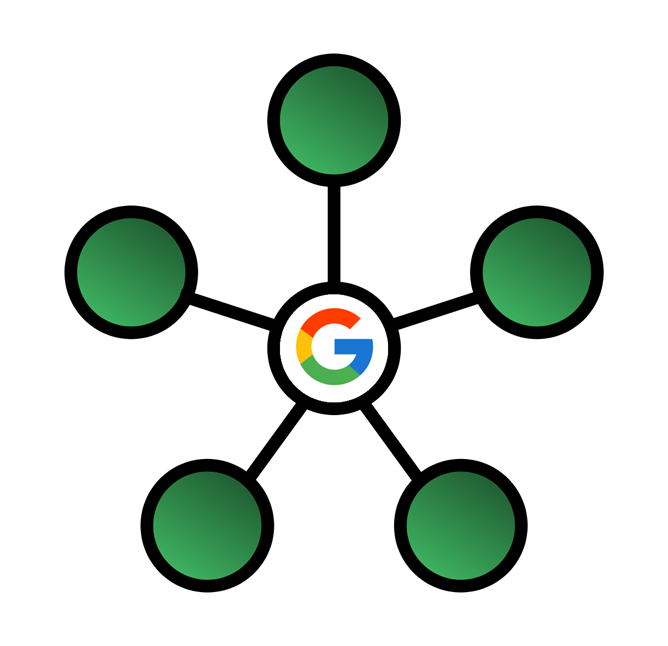 The hub system proposed in the white paper (based on Openmind Networks implementation for SMS/MMS) does have drawbacks, but fewer connections might end up meaning faster deployment. And since Google has already done the work bringing the hub network up for Sprint and Rogers, each additional carrier should only responsible for its connection to that hub, as opposed to managing every link to every other RCS carrier themselves. 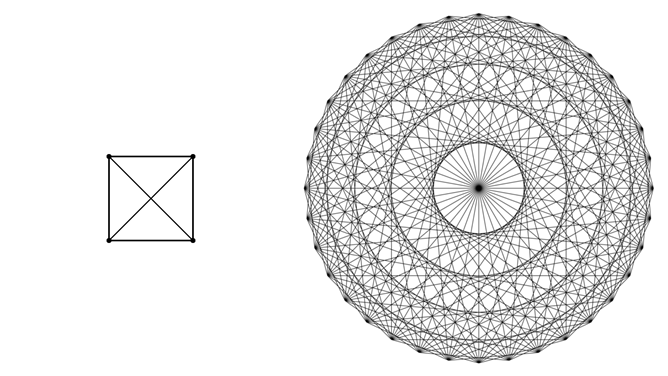 Perhaps the recent news might help other carriers be persuaded to adopt Google's version of RCS, if for no other reason than cost-cutting. Why manage a ton of different networks for RCS when they can let Google cough up the cash for infrastructure? After all, if there's one thing carriers love, it's money.