The first gen FLIR One was only for iPhone, but the second gen had Android support. The problem: in those days microUSB still reigned supreme, and it was non-reversible. That meant some phones had the port facing the "wrong" way to use the FLIR One dongle. Today, FLIR is announcing a new third generation FLIR One thermal camera that adopts the Type-C port. There are plenty of other changes, too.

The new camera comes in two versions; the FLIR One and the FLIR One Pro. Both cameras have USB Type-C ports, so you can attach them to your phone facing inward or outward. They charge by Type-C as well. Yes, the cameras have their own batteries good for about an hour of use, so they won't drain your phone. FLIR is pretty proud of that USB port. Not only is it Type-C, there is a wheel at the base that can extend the port away from the body of the camera (FLIR calls this a "Onefit" connector). That means you can plug the camera into a phone without taking the case off, assuming you use one. 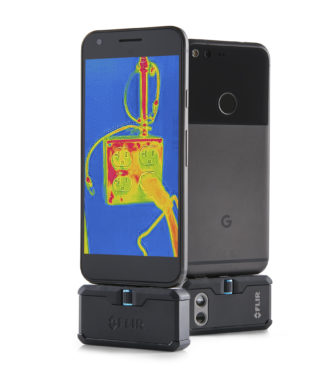 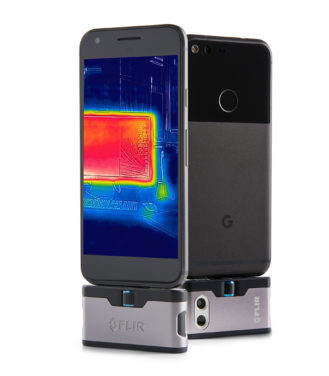 FLIR One cameras use the company's MSX technology, which overlays the thermal camera feed from the Lepton sensor on a visible light image. The result is a thermal image with the edge detail of visible light. This is where the standard and Pro variants diverge a little. The FLIR One has a thermal sensor resolution of 80x60, but the Pro bumps that up to 160x120. That's the highest resolution sensor in this size range. The Pro camera can also read higher temperatures (400 degrees C versus 120 degrees C) and has extra image post-processing technology.

The FLIR One app is getting a makeover to go with the new cameras as well. For instance, the new app has a section on tips and tricks for the FLIR One, a list of connected apps, and better editing tools. Again, the Pro camera gets a few features the standard camera doesn't including multiple temperature spots and more detailed reporting tools. 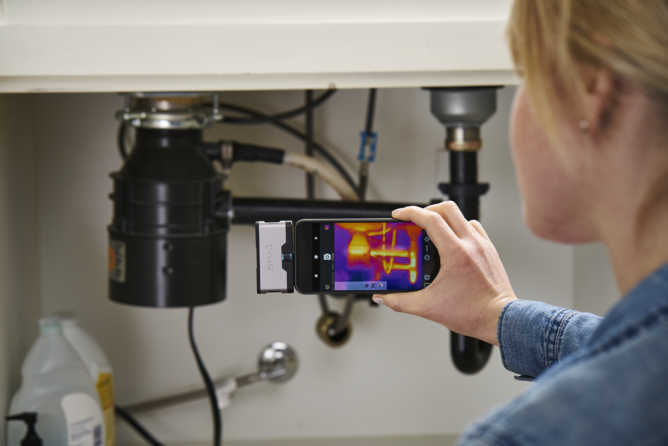 FLIR One will retail for $199.99, which is $50 less than the previous version. The FLIR One Pro comes in at a much harder to swallow $399.99. Both versions of the camera are available for pre-order today on FLIR's website and will ship this summer. A version of the new camera with a microUSB connector is planned as well and should be out by the end of summer.

WILSONVILLE, OR – June 6, 2017 – FLIR Systems, Inc. (NASDAQ: FLIR) today announced that the new third generation FLIR ONE® and FLIR ONE Pro thermal imaging cameras are available for pre-order worldwide with product deliveries starting in late June. Powered by FLIR’s Lepton® thermal microcamera core, the FLIR ONE builds upon a legacy of enabling thermal imaging on smartphones. The latest FLIR ONE is FLIR’s most affordable smartphone thermal camera while the first edition FLIR ONE Pro is the most advanced FLIR ONE to date.

Like its predecessors, both new FLIR ONEs come equipped with a thermal and a high-definition visible camera. Using FLIR’s patented multispectral dynamic imaging (MSX®) technology, both FLIR One models emboss high-fidelity, visible-light details onto the thermal imagery to dramatically improve image quality. The FLIR ONE and FLIR ONE Pro offer a breadth of new and improved features including:

The all-new FLIR ONE Pro, designed for professionals and consumers alike, is the most advanced FLIR ONE ever created. With a distinctive ruggedized design that is drop tested to 1.8 meters, the FLIR ONE Pro is made to withstand work and outdoor environments. Combining FLIR’s MSX with FLIR’s video signal processing technology, VividIR™, the FLIR ONE Pro delivers the highest thermal image quality and clarity of all FLIR ONE generations. It also offers exclusive, advanced FLIR ONE App features, including multiple spot temperature meters and selectable onscreen temperature tracking regions.

“Our goal with the third generation FLIR ONE and FLIR ONE Pro is to equip more consumers and professionals alike with the ability to experience the power of thermal imaging and the world’s sixth sense,” said Andy Teich, President and CEO of FLIR Systems. “With continued research and development, we’ve combined the functionality of previous versions with greater affordability to provide a thermal camera accessory at just $199.99. Meanwhile, we have also created the more powerful FLIR ONE Pro for those who require more functionality and image clarity either at home, at play, or on the jobsite.”