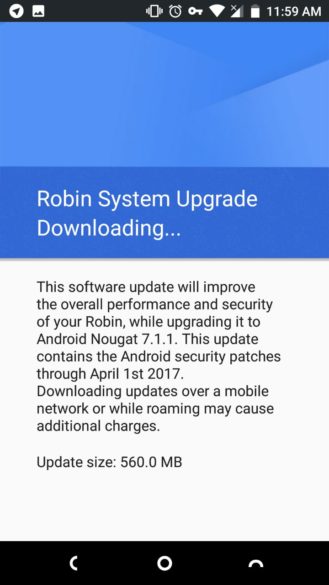 Previously, the Robin was running Android 7.0 Nougat, which came to the phone in March. Unfortunately, the update only includes the April 1st patch level. If you're curious, you can read about some of the improvements in 7.1 here.

Nextbit has also released a Robin factory image for 7.1.1 on Razer Insider, so if you need to wipe your Robin (or you want to do a clean update), you can start from the newest version. You can find the factory images at the source link below.