It has been a little over 200 days since the Google Home was officially released, and owners are still waiting on Google to implement support for reminders. Perhaps in response to the growing competition, Amazon has been hard at work improving Alexa, and has now added reminders and named timers to the assistant.

The reminders work pretty much as you would expect - asking "remind me to take out the trash Sunday night" will prompt your Alexa-powered device to notify you when the time comes. The named timers can be created with phrases like, "Set an oven timer for 10 minutes." 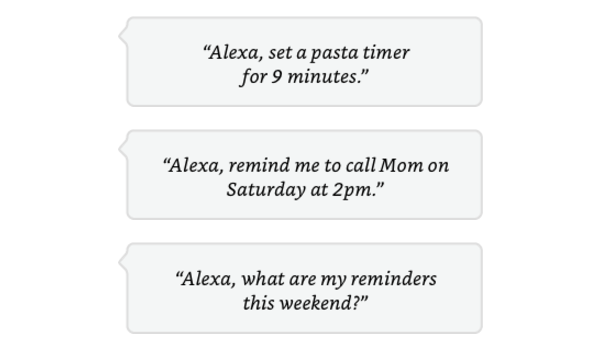 Amazon only explicitly mentioned the Echo in the announcement, so it's possible these features are limited to Amazon's own devices for now and could require a software update for others (I don't have an Alexa device to test). It also seems to be limited to the United States at the time of writing, for some reason.

Nextbit Robin is being updated to Android 7.1.1