When Google first started releasing developer previews of new Android versions a few years ago, it was pretty rare to see any of the apps adopting new APIs until the new version was finalized. With Android O, there's a very visible change to that trend as many apps in Google's lineup have already taken features like Notification Channels to heart. Another brand new user-facing feature found support in the latest release of Play Movies & TV: Picture-in-Picture Mode. 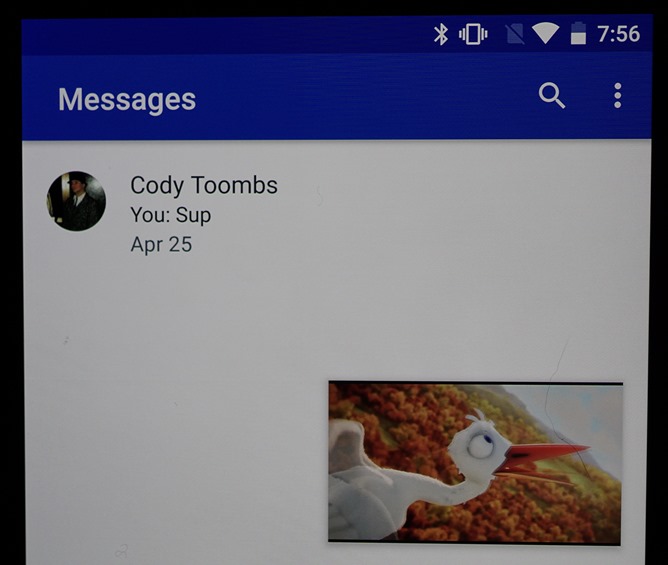 The picture above was taken with the Android Messages app in the background while A Stork's Journey plays in a PiP window driven by Play Movies & TV. This is the third notable Google app to add support for Picture-in-Picture, following the version of YouTube included with the first developer preview and Duo, which gained support early last month.

If you're running either version of the Android O developer previews, Picture-in-Picture mode can still only be activated by a custom button added to the navigation bar through the System UI Tuner. It's a simple enough process, but it really shouldn't be necessary. During the Google I/O Keynote, it was said picture-in-picture mode would be activated by pressing the home button, but that behavior doesn't appear to work in either of the developer previews.

Picture-in-Picture is definitely one of the more popular user-facing additions in Android O, so it's pretty great to see it's getting attention in the apps that can really make the most of it.