It looks like we now know why the original Crazy Taxi was so recently resurrected as a free app on the Play Store. It was in preparation for today's release of Crazy Taxi Gazillionaire. That is right, there is now a new Crazy Taxi game out on the Play Store. But don't get your hopes up, as this is not a racing game in the slightest. This time around Sega has seen fit to borrow from the original's popularity and release an idle-tapper with a Crazy taxi skin. 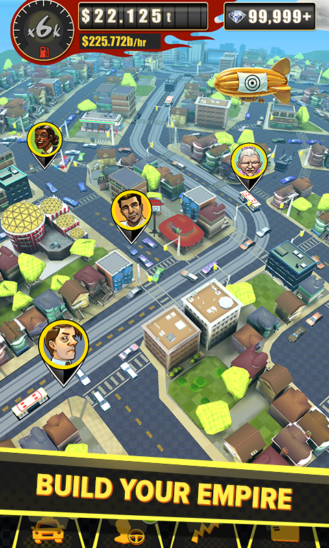 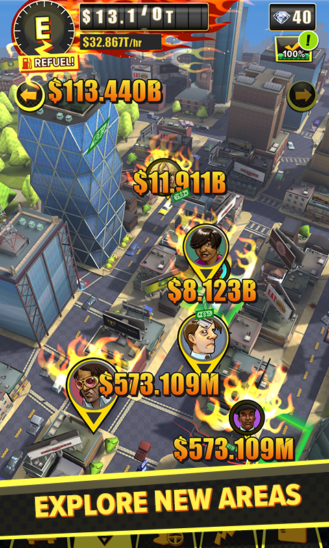 Yes, Sega has taken the Crazy Taxi franchise and has mashed it up with a tapping game. No longer will you be concerned with racing to a destination under a limited amount of time. You will instead be tasked with building your fledgling taxi service into a monolithic empire. Which is essentially all that is on offer here. You will grow your taxi service through collecting and upgrading a whole fleet of cabs and their accompanying drivers. Of course, this would not be a Crazy Taxi game unless those drivers were a bunch of inoffensive representations of kooky stereotypes.

Like most tapping games on the Play Store, Crazy Taxi Gazillionaire is a free-to-play title. So while that does mean anyone can download the game, it also means there are advertisements as well as in-app purchases that range up to $19.99. It is worth pointing out that the ads are purely optional and are used for multipliers. The IAPs, on the other hand, are used for the game's currency of diamonds. As you would imagine, once purchased these diamonds can be used to boost your performance. Essentially, this title contains everything you would begrudgingly expect out of any FTP release. 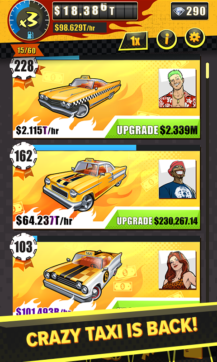 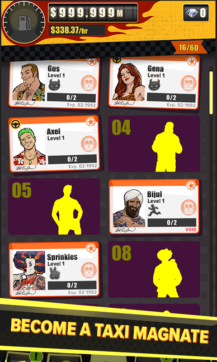 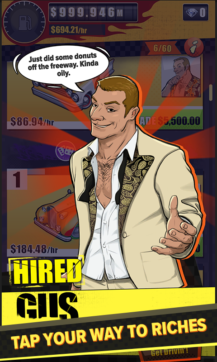 As an idle-tapper, Crazy Taxi Gazillionaire is a mediocre representation of the genre at best. There are plenty of better options out there for tapping enthusiasts. As a Crazy Taxi game, forget it, this is Sega scraping the bottom of the barrel in order to make a quick buck. Seeing a release such as this just makes me pine for the days when we will finally see this junk ignored by the masses. 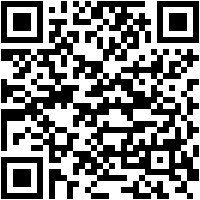 OnePlus confirms the OP3/3T will get Android O