Last month Gideon Rosenblatt did a post on Google+ about the very platform, and it resonated with us here at AP. Many of you may know that we have invested a lot of our time here into Google+. After all, this is Android Police, and Google+ is as much a product of Google as Android is. But, we’ve been disheartened recently by issues with the social network. Most notably, a growing problem with spam.

Our own site founder and owner, Artem, spoke out recently about his problems with the platform in the wake of Rosenblatt's post. And his is just one of many posts which have been attracting more attention and discussion on the subject. All of this has even prompted a response from an engineering manager at Google, who says that it is going to make a greater effort to fix things in the future. But spam is just one symptom of the platform's problems.

I can't talk about spam without talking about what causes it. Unfortunately, that means I need to beat a bit of a dead horse. A lot of the problems you've heard about the platform in the past are contributing factors. Spam is an indicator of health, and the often-discussed historical problems with Google+ are the diseases. So it might seem that I'm digressing onto a well-worn subject here, but it is important to the discussion. 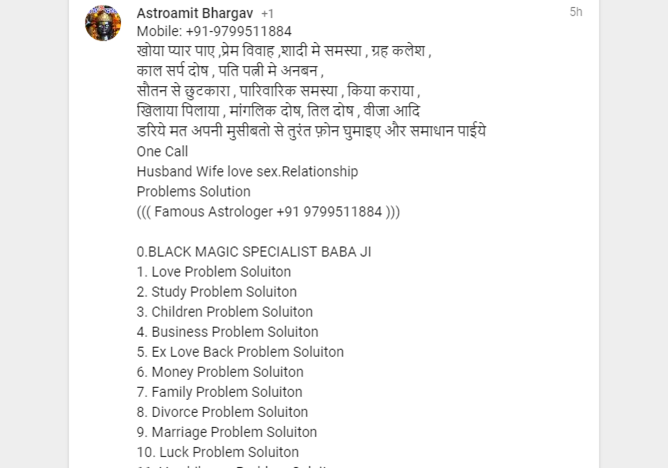 All the old problems

From a development perspective, Google has been distancing its social platform from its other tools as much as it can. Photos and Hangouts were once both integral parts of the Google+ experience. But, much as each subsequent update to Google+ has removed or limited features, each year seems to take away integration with another Google service. Hangouts on Air, Google Photos, Shared Circles, location sharing, Google+ Local, with all these things gone it may almost be fair to say that Google+ may have seen more features removed from the service than it has in total at present. Although it was made a part of G Suite last year, it may be a bit too late, and the utility to businesses for the social platform is likely limited. By design or accident, ostracizing Google+ in this way may have resulted in stagnation. Isolation reduces the user count and the number of eyes on content. And that stagnation is a breeding pool for spam.

Google’s advocacy for the social platform has also diminished. Many prominent Googlers, as well as people in the core Google+ team, are barely even using the service. If your own employees can’t be motivated to use your product — if not on merit, at least as a means of promoting it — then what sort of attention is being paid to it?

Writing here at AP, when I embed social content from Google, it almost always comes from one of two places: Twitter or YouTube. Part of that is because Google posts more things to those platforms than it does to Google+, and that’s a problem. Consider the difference in content volume between the Google Photos Twitter, Google Photos Blog, and Google Photos Google+ account. The last one of those only saw four posts this year.

So not only are Googlers not using the platform, Google also recognizes the lack of marketing value for its own self-promotion. And even those few posts made by official Google accounts have had issues with spam. Thankfully in light of the recent attention drawn to the subject, they've been mostly cleaned up. But, if Google's own content has problems with it, imagine what users face.

And all the new ones

All the other, well-discussed issues have not been enough to prevent Google+ from soldiering on as a niche network. It isn't Facebook (thankfully), or Twitter, but people use it. Adoption may have slowed, and utility might be diminished, but it has a user base. A surprising number of little communities have popped up inside it. Developers with Android apps have been using it as a platform for app communications, beta tests, and technical support. In the realm of Google related software development, the platform is a small but bustling community attached to the larger market. And the people there like it. At least, they like it when the signal to noise ratio remains high enough to drown out the spam.

To be fair, one can't claim this is a problem exclusive to Google+. All social media platforms have problems with spam, it’s basically a rule. As the barriers to mass communication become lower on a given platform, the quantity of submitted content that is used for marketing purposes increases. It becomes a delicate balance. How easy can you make account creation before every account is a bot? How easy should comment removal or reporting be so that spam can be caught, but censorship isn’t abused? What sort of burden can be placed on users, and how much responsibility for policing content can be delegated? Given the widespread nature of spam on most high-profile Google+ posts, this particular balance may need some adjustment.

Some of the recent changes to Google+ have also increased the proliferation of spam. A lot of the older functionality that made managing content easier was stripped out in the responsive redesign of 2015-2016. Although the new site is more performant and consumes much less data, it also has a lot fewer methods of user interaction with content. Every post view is now a click, and comments must either be scrolled or each post opened in a new window, both of which make reporting content that little bit harder. Increasing the number of barriers for finding and reporting spam makes each post its own little breeding ground. 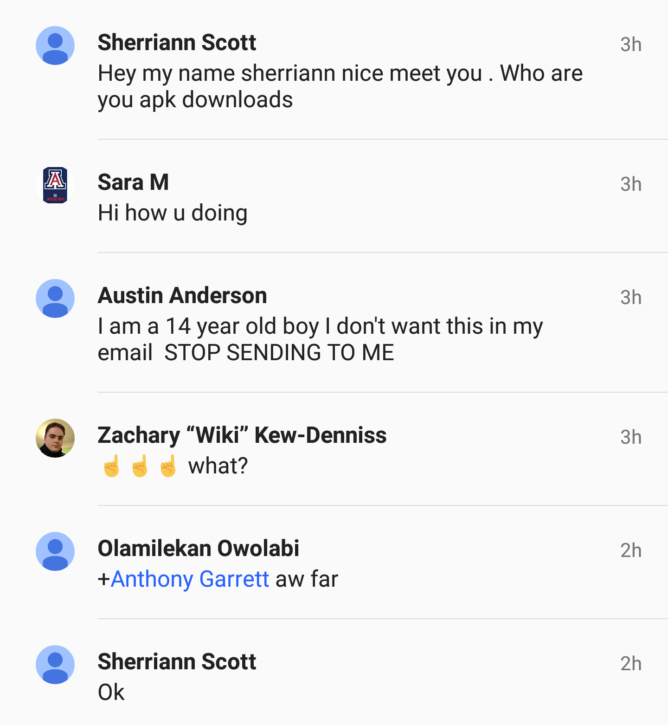 Even in a perfect world, nothing can ever entirely eliminate spam. Everyone has a Grandma selling Avon that doesn’t care how much people might dislike her relentless self-promotion on Facebook, or a cousin who is stuck in a pyramid scheme and blissfully unaware of his predicament. But more steps need to be taken by Google to decrease its presence. Unfortunately, that's much easier for us to say than it is for Google to do.

What can be done?

As GitHub previously needed a wake-up call for how to better treat things on a social level, Google might also need to reexamine a few things about how it wants to handle Google+ going forward. Just because the platform has become niche doesn’t mean it doesn’t have a future. For fans of Google’s services, developers on its platforms, and news outlets such as ourselves, the service has genuine utility left in it. To that end, Google has responded to the recent criticisms leveled at the service by promising to do things better going forward. And knowing Google, it will find a novel solution to the problem. But can the it be fixed by itself?

Across two responses to the recent posts complaining about spam, Google+ engineer manager Leo Deegan stated that it was the number 1 issue to be addressed going forward. He also acknowledged that some of the interface changes in the redesign on Desktop made things more difficult, but changes are planned for the future. Some of their areas of focus going forward will include better spam control, enhanced community moderation, cleaner notifications, and better navigation. It might seem from the outside that change is occurring slowly, but a lot of work has been done updating things behind the scenes. He reaffirmed that Google is committed to the future of G+, as demonstrated by its inclusion as a core G Suite product, and was glad that the community was providing feedback about these concerns.

Spam might just be an indicator that a platform is popular enough to be a target, but a number of the tools that could potentially be used to fight it aren't possible as a result of the other problems I mentioned. By ostracizing Google+, all Google does is ensure that the spam stays in a closed box. If more of Google's services made use of the platform, more eyes would be on its content, and more would likely be reported. With more eyes in Google+ the volume of spam might not change, but spam itself would be reported faster and more frequently. And by not using the service — either as individuals or professionally — Google further decreases the number of eyes on content. In reddit parlance: admins are asleep, post spam. But, imagine they never woke up.

It's like an abandoned house covered with graffiti. If the landlord doesn't check in, and a lack of business keeps visitors from the area, all the people living in the neighborhood still have to put up with it. Unfortunately for Google, the cost for us to leave is 0. But fortunately for the neighbors, Google has promised to renovate soon.

Tag Heuer Connected Modular 45 review: It seems like $1,500 should get you more