Microsoft recently released a new app for Android called Path Guide, which allows you to easily create and follow custom routes for indoor areas that exist as linear instructions separate from a map. Think of a children's treasure hunt where each goal shows the next step, toss the whole thing on your phone, and that's the concept. Even more interesting, it makes the process of creating those directions literally as easy as taking a walk. When you want to make a path just fire up the app and go for a stroll. By pulling data from your phone's sensors as you move to your destination it handles everything for you. Pretty simple.

It's a great concept, sort of like the directions you can manually create in Google My Maps, but mapless and much easier to make. However, I think Microsoft's implementation might need some improvements. Making your own paths is easy enough, but if you were interested in finding routes or layouts for areas you frequent, you might have some trouble. I tried using almost any search term in the app, and until I decided to search for the general term "The" I didn't get a single result, and even that only produced one. 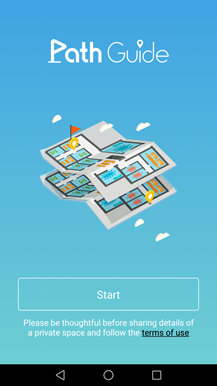 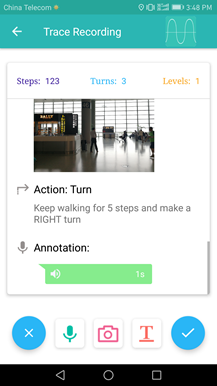 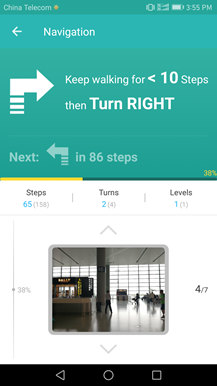 It could just be that no one is using it yet, but there's also an inherent disconnect between the convenience that an indoor navigation service would provide when you have to go out of your way to look up routes in it. As much as Microsoft might tout Path Guide as being "map-free" in the Play listing, perhaps it should consider bundling it with a mapping service. It would make searching and finding paths a bit easier while also placing directions to a place together with path directions at a place.

I'm pretty convinced that this app is just an introduction/demo for Microsoft's new tech, and we'll probably see the stuff behind it integrated into other services in the future. Or, it could be that Microsoft genuinely thinks indoor-only difficult-to-find indoor directions are the next big thing. Either way, if you'd like to give things a try yourself (and you should, it's actually very cool), feel free to download the app over at Google Play, APKMirror, or from Microsoft directly. Weekend poll: Do you use a tablet?

[Deal Alert] Sprint offers the LG G6 at 50% off, Best Buy discounts the Verizon version even ...