Like most phones these days, the Huawei nova 2 and nova 2 plus were pretty heavily leaked before they were announced. However, leaks don't tell the whole story, and the nova 2 and its larger plus sibling are now official. Headline features include an incredibly high-resolution front-facing camera, as well as a dual rear camera setup, but there's much more.

The nova 2 and nova 2 plus feature a metal unibody design, one that is pretty similar to the honor 8's. They ditch both the first-gen nova's Nexus 6P-esque look and the first-gen nova plus's Mate-inspired appearance. Their antenna lines are incredibly reminiscent of the iPhone 7's, but that's probably just a coincidence, right? Right? 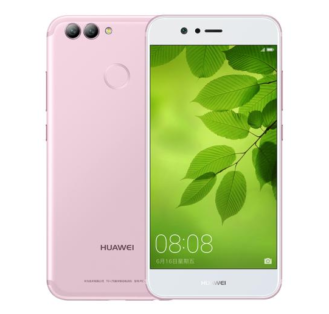 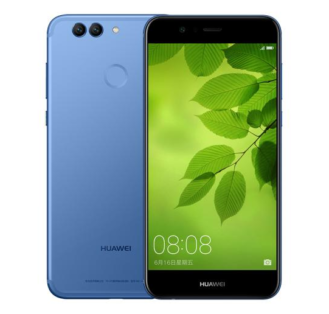 Spec-wise, the nova 2 features a 6.9mm-thick metal body, a 5.0" 1080 LCD display with 2.5D curved glass, an in-house Kirin 659 processor, 4GB of RAM, 64GB of storage, a 12MP/8MP dual rear camera setup (for optical zoom, à la iPhone 7), a staggering 20MP front-facing shooter, and a 2950mAh battery. I can't be the only one who finds it interesting that the megapixel count of both of the rear cameras just barely adds up to the megapixel count of the single front-facing sensor. Bet that's a sentence that's never been uttered before.

As you might expect, the nova 2 plus is very similar, with minor changes that can be counted on the fingers of one hand. The plus gets a larger 5.5" 1080p display, a sizable 128GB of storage, a 3340mAh cell to power it, and a slightly higher price tag. Speaking of which, let's discuss pricing.

The nova 2 will retail for 2,499 yuan ($364.52), while the plus will go for a bit more at 2,899 yuan ($422.87). Both will come in five colors: grass green, rose gold, streamer gold, aurora blue, and obsidian black. (Keep in mind that these names are translated from Mandarin, which is why 'streamer gold' doesn't make much sense.) Sales will begin June 16th, but you can put a 99 yuan deposit down at VMall starting today. If you really like the nova 2, you'd better put a deposit down; not only will that 99 yuan net you a place in line, but you'll also get a free selfie stick and leather case.